'Moon' flirts with line of insanity 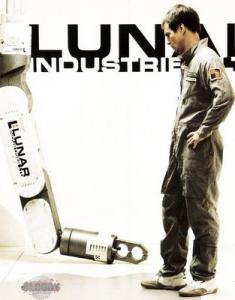 Contributed photoImagine yourself on a dark, desolate plain.

Monotonous grey dust stretches beneath your feet until it meets the inky sky, riddled with stars.

Anything that could convince you that you haven’t gone completely numb is thousands of miles away.

Be thankful you’re only imagining; this is Sam Bell’s (Sam Rockwell) reality.

The protagonist of the movie “Moon,” Bell has been living on said celestial body for almost three years.

the employ of Lunar Industries, mining the energy of the future, Helium-3, on the dark side of the moon.

His only company is the robot GERTY (Kevin Spacey), whose main task is to keep Bell focused on his work.

But in two weeks, this world of microwave meals and broken communicators will be a literally distant memory because Sam will be going home to his wife and three-year-old daughter, along with the sights and smells of home-cooked food that Bell misses so much.

Days before he is set to go home, headaches, hallucinations and a lack of focus culminate in Bell, beginning to see an angrier, younger version of himself.

This new entity seems convinced that he’s here to begin his own three-year stint, the exact same one the ‘original’ Bell started 36 months ago.

Have the years of solitary confinement finally caused Bell to spill the beans?

Or is something else going on?

“Moon” blends moments of humor, often instituted by the endearing GERTY, with the anxiety and homesickness which are so acutely felt by Bell.

The result is an emotionally charged, imaginably realistic view of a man who is at his wit’s end, terrified by the fact that after all this time, he might only have insanity to look forward to.

“Moon,” directed by Duncan Jones, is this week’s installment in the Guelcher Film Series.

Tickets are $6 for adults, $5 for students and seniors and free for Mercyhurst students with their ID.