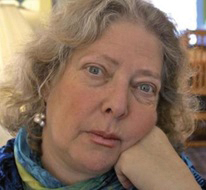 Contributed photo: Marjorie Agosin will speak to students about her poetry.

For 10 years, the English department has made an annual effort to promote creative literary talents on campus for students to enhance their perspectives.

The Literary Festival began in 2002 with the collaboration of English Professor Jeff Roessner, Ph.D., and Associate Professor of English Ken Schiff, Ph.D. They had a common goal of bringing acclaimed writers to campus to interact with students.

Over the past years, students have been involved in meeting various accomplished writers from all over the world. They also had the opportunity to submit written and visual works expressing their literary talents for campus publication.

“The Festival is a great opportunity for students to hear and meet with award-winning poets and fiction writers and to experience the creative works of their classmates,” Schiff said.

The festival begins Thursday, April 11, with a reading by Chilean poet, Marjorie Agosin, at 8:15 p.m. in the Taylor Little Theater (TLT).

William Kowalski, author of several best-selling books, as well as an Erie native, will give a presentation at 8:15 p.m. on Thursday, April 18, in the TLT.

The final festival spot is held for the unveiling of the student-produced literary magazine, “Lumen,” on Thursday, April 25, at 8:15 p.m. in the TLT.

This event also features presentations of awards for the three best examples of student creative writings and best critical essay on literature.

“Lumen” is the Mercyhurst arts magazine that is student produced and features written and visual works from students on campus.

The magazine is a collaborative effort between the editorial staff and the graphic design department before it goes to print.

“Each year, students send in submissions of poetry and fiction to be judged by the editorial staff, comprised of students who are typically, though not always, part of the English/creative writing discipline,” Lumen Editor-In-Chief Chelsea Schermerhorn said.

After the editorial staff chooses the works to be published, they meet with the graphic design department to create the overall design of the magazine.

Following the announcement of the winners, students will be sharing their works during an open microphone session to conclude the events.

The campus community is encouraged to attend to experience the talent beyond the classroom.

The 11th annual Mercyhurst Literary Festival will begin Thursday, April 22, at 8:15 p.m., in the Taylor Little Theater. All festival events are free and open to the public.