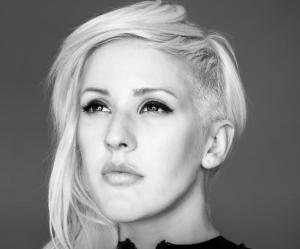 www.infectiousmagazine.com: Ellie Goulding’s newest album, “Halcyon Days” shows why she deserves to be in the same ranks as other pop artists.

Ellie Goulding’s career as a pop star started out rather slow. Her first hit single, “Lights,” arose in popularity a whole year after it was released in the UK. Once “Lights” caught on, the whole world fell in love with this British sweetheart.

With the release of her third album, Halcyon Days, Ellie continues to show the world why she deserves to be in the same ranks of other big name pop stars.

Halcyon Days can be viewed as a double EP. The first album is a re-release of Ellie’s second album, Halcyon. The second album, I have dubbed “Days,” is chalked full of new material from Goulding. Halcyon is viewed by many as a very dark album.

The themes of most songs talk about missed chances with love, or future romance that will be worth the wait.

The one thing I like about this album is that it doesn’t feel like a re-release. Halcyon now feels like a sampler of what Halcyon Days was going to contain.

This album truly shows the full potential of Ellie’s ability to dabble in almost any genre she wants.

Songs can range from “Halcyon” that features rhythmic acoustic folk guitars with electronic back beats to her newest number one single “Burn.”

This pulls heavily from electric dance music, a genre in which Ellie features greatly in the second half of Halcyon Days with songs like “Stay Awake” and “Flashlights,” featuring big name producers.

Though this album may seem like a lot of commitment to some, the length of the album is 28 songs long and spans almost two hours, it should not be a deterrent. This album is fully worth it with a mix of familiar tracks you have already grown to love, assorted with several new refreshing tracks.