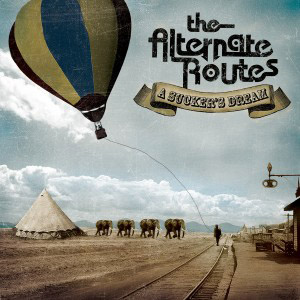 The Alternate Routes are a four-piece band out of Bridgeport, Conn., with a distinctive alternative-country sound.

Tim Warren, vocals and guitar, and Eric Donnelly, lead guitar and backing vocal, formed the band in 2002 while they were students at Fairfield University.

Their latest release, “A Sucker’s Dream,” features 11 tracks, all of which showcase the band members’ individuality.

In the title track, Tim Warren’s rock-infused twang is heard over a strong guitar and drum base.

“The Future’s Nothing New,” the first single from the album, includes the use of an amplified toolbox and heavy percussion.

Overall, “A Sucker’s Dream” is, in my opinion, The Alternate Routes’ strongest release to date. 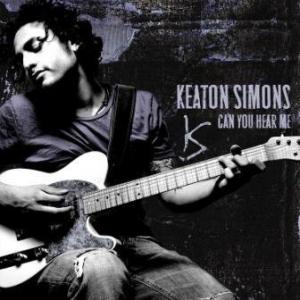 Keaton Simons is quite the performer.

The 30-year-old singer/songwriter also boasts an impressive résumé of television and movie roles. Growing up in Los Angeles, Simons was introduced to both music and acting at an early age, but when it came time for college, he chose to leave Hollywood to study Ethnomusicology in Olympia, Wash.

Simons released his first EP, “Currently,” in 2004, which he followed up with his “Blink” EP and his independent release “Exes and Whys.”

Simons’ latest album, entitled “Can You Hear Me,” was released on CBS Records in 2008.

Thanks to his label, Simons’ songs have been featured on the CBS shows “NUM3ERS” and “NCIS”.

The title track on “Can You Hear Me” is a simple, yet beautifully written song about being connected—or disconnected, for some—to those around you.

“Misfits,” another song on the album, is an intriguing track that, when performed live, includes the beatboxing of RadioActive, a friend of Simons’.

“Masterpiece,” which was co-written with Josh Kelley, is the only in-your-face love song on the record.

“Can You Hear Me” definitely shows Simons as a stronger singer and songwriter in comparison to his earlier releases.

The album showcases his soulful voice and unique outlook on different topics, while drawing the listener into songs to which they can also relate.