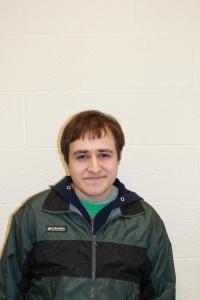 Each year, the Mercyhurst Communications Department produces a film written by one of its students. This year, the spotlight has fallen upon a script titled “My Roast Duck” by sophomore Ryan Kushner.

“It’s about a lonely college student who tries to turn his luck around by hitting a bike race in winter,” Kushner said. “And it’s also about the people he meets along the way.”
One might wonder about how the title comes out of a plot like that and the answer is quite simple: “An old proverb goes, ‘A man who waits for a roast duck to fly into his mouth must wait a very long time.’”

Thus, according to Kushner, the film is about “a character who is tired of waiting for life to happen to him and so attempts to take charge and make it happen for himself. He’s seeking his own metaphorical ‘roast duck.’”

Script writing is not new to Kushner. He also submitted the script last year for consideration, but a now-alumna Caitlin McBride’s film “100” was chosen instead. Professor Denis Lebec, however, encouraged him to submit it again. Kushner thanked Lebec for doing so, because as he said, “without his support, I probably would have just let it go.”

After being asked what the highlight of the whole process was, Kushner said “holding the finished product in my hands and thinking, ‘I made this.’”

His aspirations to work in TV and film show that he would definitely gain some helpful experience from shooting his film.

“It’s going to be a learning experience,” he stated.

Kushner also wanted to include his public thanks to his friends at Mercyhurst and for all of their support. Last, but not least, however, he would like to thank his parents.

“Growing up, whenever I mentioned television or film writing as a possible thing I wanted to do, they’re the only ones who never looked at me like I was a nutcase. And I think being exposed to that kind of blatant denial of improbability is what leads to wild creative attempts like ‘My Roast Duck,’” he said.

As wild the attempt may seem, there are high hopes for this film which will premiere at the end of the semester.