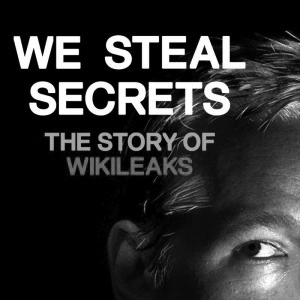 http://www.beliefnet.com photo: We Steal Secrets: The Story of WikiLeaks is a film from 2013 that examines the story behind the controversial WikiLeaks website.

The best documentaries are the ones that are able to tell such a compelling storyline that you completely forget that you are watching a documentary.

That is what you get with Alex Gibney’s compelling We Steal Secrets: The Story of WikiLeaks, a 2013 film which intricately examines the ups and downs of the controversial WikiLeaks site, which has become one of the most complex and fascinating issues of the rapidly growing “information age” we live in today.

The narrative of the film focuses mainly on WikiLeak’s founder, internet cowboy Julian Assange. Gibney paints a picture of Assange from all perspectives, exploring his brilliance, as well as his inner demons.

He carefully follows Assange’s transformation from passionate activist and truth-seeker to paranoid, self-dedicated celebrity, which perhaps isn’t so much a transformation as it is a revelation of how he really is.

The ethics and morals of both WikiLeaks and the governments it exposes are put into question in a way that is both engaging and easy to follow.

Not only is it a culturally significant film for our times, but the honesty and clarity in the way in which it is presented is refreshing, especially to those cynical about documentaries.

The “black and white” picture the media always seems to try to draw is scribbled into question marks by Gibney, and in a story about the search for truth, the truth is muddled.

Make sure to check out We Steal Secrets in Taylor Little Theatre this Sunday, March 2 at 2 p.m. and take advantage of the opportunity to view it in a real theatre with fellow students and movie goers.

Because there’s something magical about seeing a movie on the big screen, with the classic red flip-seats… the little leap your heart makes when the lights finally start to dim…even the occasional chatter and shushing.

It’s an experience you can’t get watching on a computer.

And with a film like We Steal Secrets playing, you can’t go wrong.