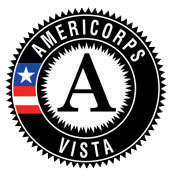 They are asked, in many cases commanded, to leave their homeland and are forced to search for a new place to live. They search for a home, a welcoming place where they will have the ability to live self-sufficiently.

In a letter asking for assistance, the AmeriCorps VISTA at Mercyhurst Amanda Hamorsky wrote, “America can be that place; but only if the host community is welcoming of the refugees.”

When they relocate themselves to an area such as Erie, most refugees enter with little material baggage from their previous life and little understanding of American culture.

Catholic Charities Refugee Resettlement Program is looking to raise consciousness about the refugees in the Erie area and their hardships by partnering with various clubs and organizations on campus.

The program strives to reduce the poverty of refugees who are newly arriving to the Erie area by means of educating, affirming, and supporting people of all cultures or internationally displaced persons (INDPs) struggling to adjust to a new life.

In her letter Hamorsky said, “Most of Erie’s refugees have lived in camps outside their homelands for a decade or more and have no understanding of American culture, values, and politics and have little communal support.”

In order to raise an awareness and understanding of these people, The Catholic Charities Refugee Resettlement Program would like to utilize the capacities of clubs and organizations on college campuses. This conscientious awareness is vital to making America a welcoming nation.

“I find a lot of students do not realize this is actually happening in the world. Many think that it is the 21st century and the worst thing that happened recently is that Jon and Kate divorced,” President of Active Minds and junior Nicole Hanks said. “It’s great that Erie provides a safe place to live and we need to get the word out there are people out that there that need our help.”

Through utilizing the capacities of clubs and organizations of campus, the Catholic Charities Refugee Resettlement Program will be able to increase the awareness about the difficulties faced by refugees.

Mercyhurst’s clubs already do a lot to raise awareness of causes through events such as “Cardboard City” and hosting speakers for different issues such as, Alison Malmon, who spoke for Active Minds. These events make a statement and are widely accessible to the student body.

President of the Equestrian Club and sophomore Megan White said, “If someone were to come speak to the students at the PAC, I’m sure that the Mercyhurst community would come here what they have to say. It’s a great cause. We not only have a refugee community in Erie, we have students on campus that lived through these tragedies and are having to adapt culturally.”