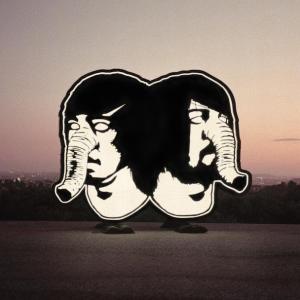 Fans of DFA1979 will not be disappointed with the new cd.: nosgustalamusica.com photo

After a 10 years without new material, Toronto-based duo Death from Above 1979 (DFA1979) has released their sophomore album “The Physical World.”

DFA1979 is arguably one of the harder rock bands, relying more on faster rhythms and distorted bass.

The result is a new and refreshing take on that same powerful sound.

Two singles have been released, the first being “Trainwreck 1979” which found vocal harmonies and distinct riffs as opposed to the syncopated and noisy songs of the first album.

“Government Trash” however, brought up all of the rough and raucousness which long-time fans were hoping for.

The other tracks on this record are of a notably newer feel.

It starts with “Cheap Talk” led along with Keeler’s slick bass rhythms and Grainger’s liberal use of a hi-hat, all while loathing over the unsubstantial significance given to words in society.

“Right on, Frankenstein!” quickens the pace with the pulsing, quick bass groove before ending of a strong bass solo.

Later in the album comes “Always On” angry at the society attached to technology, and the inability to gain solace, saying “If we brought Kurt back to life, there’s no way he would survive.”

The album ends with the title track “The Physical World” a mix of a quick electronic keyboarding intro from Keeler which goes through a hard-hitting chorus, then ending with an 80’s metal-esque bass solo.

Death from Above 1979’s second full effort is fresh and powerful, in places.

The new effort is more mature and its musical variation more unique, but it struggles to find the continuity which made the first effort so potent, and for this I rate the album 7/10.