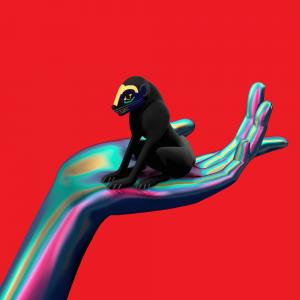 SBTRKT fans are disappointed by the album’s lack of continuity.: complex.com photo

In 2011, Londoner Aaron Jerome released an album under the name SBTRKT (pronounced “Subtract”), along with a killer list of vocal guests, including other Londoners, Sampha, Jessie Ware and Stockholm-based group, Little Dragon.

The self-titled album featured a strong set of electronic beats produced by Jerome that were accompanied by even stronger vocal performances.

SBTRKT has now released a second album, “Wonder Where We Land,” featuring a similar format, only with some new featured vocalists, from outside of the London enclave.

But the differences start to appear very quickly.

The album begins with a short instrumental piece that transitions into the first lyrical song, and this is a theme that is repeated another three times throughout the album, which brings this 21-song album to just under an hour.

Unfortunately, the experimental nature of “Wonder” lacks continuity between any of its parts, and starts to resemble a mixtape, rather than a full release.

This is not to say the album does not have its redeeming parts, because there are songs that really stand out as excellent combinations of Jerome’s music production and lyrical prowess.

Where others really failed to bring about compelling work, “Higher,” featuring Raury, was a fresh hip-hop showing with a quick rap track backed up by Jerome’s groovier beats.

A slower, bass and piano-filled track, featuring Jessie Ware, “Problem (Solved),” was a refreshing and well-sung song which precedes “If it Happens” by Sampha, an electronic-free piano piece.

Near the end, Denai Moore floored me with her voice contributions to “The Light,” a reserved song with subtle synthesized drums behind Moore’s powerful voice.

The album, as said before, plays like a mixtape.

It lacks continuity, but has shining examples of musical ingenuity and irreplaceable vocals.

But, the album lacks a gripping musical production, and many of the songs fall flat.