Poet to perform for Lit Fest 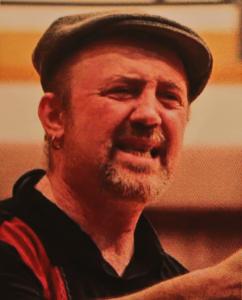 Sean Thomas Dougherty was born in 1965 in New York City and was raised by an African-American father and a mother of Moldovan-Jewish descent. He dropped out of Central High School in Manchester, N.H., but was influenced by the working class sounds and sights of those formative years.

During the next several years, he worked at factories and warehouses, and even held a teaching role for a short period of time. He eventually returned to school and graduated from Syracuse University in 1995 with a Bachelor of Fine Arts in Poetry.

During this time, he also discovered a love for performance poetry.

According to “The Syracuse Herald American,” his team of Syracuse-area performance poets finished sixth out of 27 entrants at the 1995 National Poetry Slam Semifinals, and he individually finished eighth out of a pool of 127.

Dougherty taught at Cazenovia College, a small liberal arts school, while he worked to earn his Ph.D. in Composition and Cultural Rhetoric at Syracuse.

Before he could finish his dissertation, he moved to Erie, to take a lecturing position at the Penn State Erie, the Behrend College.

Dougherty is the author or editor of 13 books of poetry or experimental mixed-genre literature, including “All I Ask for Is Longing: New and Selected Poems,” “Scything Grace,” “Sasha Sings the Laundry on the Line” and “Except by Falling,” winner of the 2000 Pinyon Press Poetry Prize, awarded by Mesa State College in recognition of exemplary small press poetry.

Dougherty often writes of schoolyards, playgrounds, factory work and the harassment of urban minorities by police.

Not content to keep his writing based solely in his surroundings, he also includes historical context into the scenes of his poetry.

His presentation in Taylor Little Theatre is free and open to the public. For more information about the event or the literary festival, contact Kenneth Schiff, Ph.D., at kschiff@mercyhurst.edu.