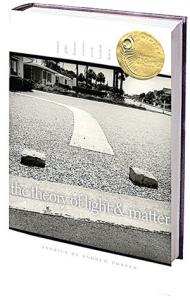 Contributed photoI love short stories as a genre. Several of my favorite contemporary books are collections of short stories, including Dave Eggers’ “How We Are Hungry” and Miranda July’s “No One Belongs Here More Than You.” The one book of short stories that got me started on the genre, however, is short fiction master Raymond Carver’s best-of collection, “Where I’m Calling From.”

Carver was a blue-collar writer whose three-act life was full of squalor and hardship, even as he gained accolades. He grew up modestly in the northwest Pacific, traveled the country with his wife and children, trying to hold down menial labor and trying not to succumb to alcoholism. Later in life, he finally remarried and rededicated himself to his craft, sobering up and publishing a number of great stories, including “Cathedral” and “The Bath.”

Carver’s glimmer-of-hope-within-a-shower-of-gloom tone, minimalist style (think Hemingway but even terser), resonant final lines and richly symbolic titles became a model for wannabe stylists and burgeoning MFA programs in the 1980s. Carver’s mark is indelible on much of the short-story writing of today, including the debut collection by Andrew Porter, “The Theory of Light and Matter.”

Porter’s work has been highly acclaimed, earning him the Flannery O’Connor Award for Short Fiction in 2007 and garnering praise from such high-profile writers as Pulitzer Prize-winner Marilynne Robinson, who wrote that Porter has an “honest and grave,” “universal” voice “with transparency as its adornment.”

Of all the stories in the collection, the titular story, “Azul” and “River Dog” are personal favorites. Many of the stories are about students and academics (Porter teaches creative writing at Trinity University in Texas).

“The Theory of Light and Matter” is about a co-ed undergraduate who has a close, almost romantic (but not sexual) relationship with an elderly physics professor. “Azul” is about a couple (the woman is a professor) that takes in a young gay Latino transfer student for a year while her career falls apart. “River Dog” is about a boy about to graduate high school and his vagabond older brother.

The sense one gets after reading the stories is never particularly concrete. The protagonists are guiltless and wounded, full of wonder and wanderlust; the antagonists are ephemeral amalgamations of happenstance, poor decisions made in crucial moments and transient ill will. Most often, one feels as though one has lost the ability to will one’s surroundings after reading Porter’s stories. 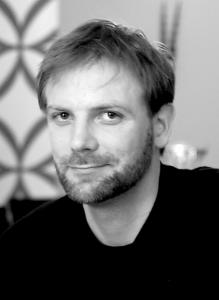 Contributed photo
The tone is remarkably consistent across the entire collection of stories. There is a melancholic sense of aging and loss of agency, a sense of slipping down a hole out of whose shadow one might never completely escape, as in the first story, “Hole.” Think of the set of stories as a series of barely perceptible, infinitesimal strokes, rendering the heart incapable of loving at full capacity.

Despite this, it is as though every story forces readers to take a broad perspective, concluding that almost every character is worthy of love, flaws and all.

If you can handle the sadness, give Porter a chance. He’s not Raymond Carver, at least not as Carver was published after longtime editor Gordon Lish retooled his manuscripts. But there’s still something of a kind of terseness in the work of Porter, who’s got a contract with Knopf to publish an upcoming novel.

Even when Porter’s stories seem formulaic, it’s as though there’s an understood grief and anguish that would be almost too much to bear were he to say any more. And so Porter’s short stories become representative of fine craft: subtly understated and nuanced, a balanced and consistent tone and tenor. It will be interesting to see how Porter’s style translates to longer prose works.