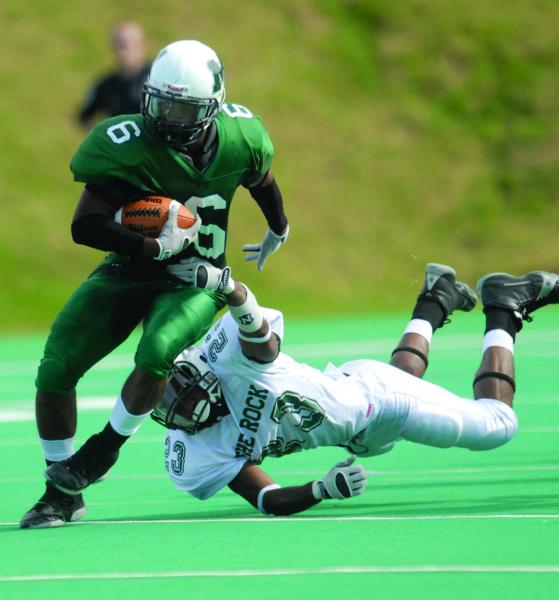 egiate Athletic Conference (GLIAC). The Lakers returned a total of 16 starters from the 2007 team and were able to put together the team’s first winning season in over a decade with a final record of 7-4. As a result, Head Coach Marty Schaetzle took home PSAC West Coach of the Year honors in the Lakers’ first season in the new conference.

The team rallied around junior quarterback Garrett Kensy who took over when junior starter Joe Laffey went down with an injury early in the season. Kensy went on to start 10 games for the Lakers and finished with 111 completions for a total of 1,276 yards and nine touchdowns.
On the offensive side of the ball, Kensy had the help of the senior running back Richard Stokes who shattered all kinds of offensive records for the Lakers. His 13 rushing touchdowns tied the school record for a single season, and his 14 total touchdowns set the school record, for touchdowns in a season. He also broke the single season records for rushing yards with 1,177, all-purpose yards with 1,540 and points scored with 86.
While the offense was busy putting points up on the board, the story of the year was arguably the Lakers’ ability to prevent other teams from scoring. The Mercyhurst defense only allowed an average of 18 points per game, which was down nearly 20 points from last year, and only 238 yards per game, which was down from 419 per game last year. The defense was anchored by All-PSAC first team seniors Zac Wild, Bryan Boyce and Jimmy Kokrak. Boyce and Kokrak both contributed 90 tackles while Wild added 61 of his own as the backbone of the much-improved Laker defense in 2008.
The first winning season in over a decade along with record-breaking seasons from players on both side of the ball makes the Mercyhurst football team one of the teams to remember in the 2008-2009 Year in Review.
Delete Image
Align Left
Align Center
Align Right
Align Left
Align Center
Delete Heading