John Mayer released his long-awaited fourth studio album, “Battle Studies,” on Nov. 17, 2009. The title, obvious or not, refers mainly to relationships, a.k.a. battles, between men and women, something about which the 32-year-old Mayer knows all too well. 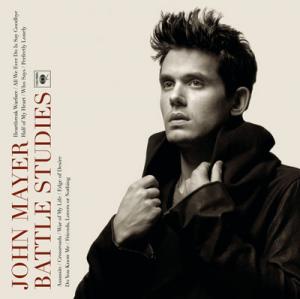 Contributed photo
Critics speculate about certain songs being written about specific women, but the lyrics offer a generalized view of relationships, something listeners of all backgrounds can relate to.

The first single from the album is the controversial “Who Says.” Aside from Mayer’s acceptance of illegal substance usage, the song is simply about wanting to be alone and taking time ignoring what others think.

In “Heartbreak Warfare,” Mayer sings, “No one really ever wins in heartbreak warfare,” sharing the fact that the likelihood of having a clean breakup and remaining happy is very slim.

Another breakup song, “Half of My Heart,” features Taylor Swift and is, oddly, more upbeat. It is the unfortunate story of someone who has experienced a broken heart one too many times and is unable to fully give their whole heart to another person.

“Battle Studies” also offers a tune for those enjoying the single life. “Perfectly Lonely” is an ode of sorts to being single and living free. As the lyrics state, “I’m perfectly lonely, because I don’t belong to anyone, and nobody belongs to me.” A cheerful song about being single, “Perfectly Lonely” highlights the perks and advantages of not being in a relationship.

The album closes with “Friends, Lovers or Nothing,” which is a song about the complications that come up in relationships. The short and sweet message of the song is that people cannot be both close friends and an intimate couple, so they must choose to be … well, friends, lovers, or nothing.

I think it is obvious that John Mayer experienced a great deal of relationship highs and lows in the three years since his last release, “Continuum.” Lucky for fans, the “war of his life” ended in a great new album.