Women’s lacrosse approached each game head on, and with lots of hard work, they racked up the victories in their 2008-09 season. The Lakers finished with a 14-2 record, the best in program history, and were ranked No. 5 in their conference. Due to their stellar performance, the Lakers earned the No. 3 spot in the National Conference Athletic Association Division (NCAA) II Tournament. This was an honor, as it was the first time Mercyhurst College was selected to go to the tournament. The Lakers started off the season with a major win-streak, tallying nine wins against rivals such as Gannon University 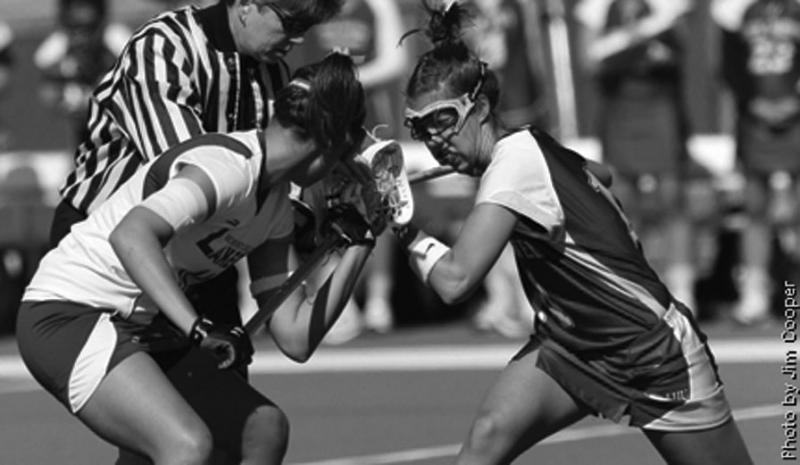 and Slippery Rock University of Pennsylvania. They met their downfall when they met Gannon for their second match-up. The loss was tough after such a great run, but they quickly regrouped, winning their next three consecutive games. Their second loss came to Lock Haven University of Pennsylvania, a formidable team, who Mercyhurst had beaten earlier in the season. The Lakers finished out their regular season games with two more wins, but couldn’t keep their momentum going strong in the postseason. They lost to strong opponents No. 1 West Chester University of Pennsylvania in the Pennsylvania State Athletic Conference semifinals and Lock Haven in the first round of the NCAA Division II Tournament, putting an end to their record-breaking season. Six Lakers performed especially well, earning All-PSAC honors. Senior Breanna Haggerty and sophomores Kimberly Masterson and Maggie Yackel were voted to the PSAC Western Division First Team, and junior Kristie Jennings and seniors Beth O’Neil and Elizabeth Wagner earned spots on the second team.