Students have opportunity with NYC opera

During Christmas break this year, students from the D’Angelo Department of Music made their Broadway debut.

I was lucky enough to be part of a group of Mercyhurst undergraduates who traveled to New York City over the holiday break to perform in a world premiere: Jordan Farrar’s “The Day Boy and The Night Girl,” which was presented by the After Dinner Opera Company.

The cast was made up primarily of voice performance majors, but included many others as well, including alumni and faculty. 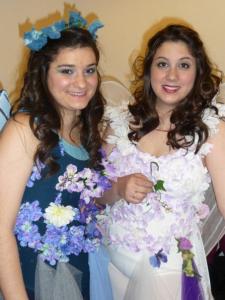 Contributed photo
The experience started with a dress rehearsal that was open and free to the community. The opera was performed to a full audience in the Taylor Little Theatre on Dec. 27.

Our group left for New York City the next day at 6:30 a.m., hauling with it approximately 90 costumes and countless set pieces and props.

When we got there, we had about an hour to rest before we had a rehearsal with the orchestra in the composer’s apartment. Finally the cast was able to hear how the music would sound with an orchestra playing it.

The next day we had some free time in the morning before it was time to unload the sets, props and costumes out of our vans and bring them to the theatre. The premiere was to be performed at Symphony Space, which is located at Broadway and 95th Street.

Later that day, we had a run-through to get light cues set, and then we had a dress rehearsal. Finally it was time for opening night. Excitement was palpable backstage as everyone waited for the orchestra to begin the overture.

Overall, the show was a hit — the audience loved it. The next night we performed another show, again performing to a sold-out audience.

At last it was time to pack up and go home. Though we were excited and happy with how the show went, everyone was also tired and ready to go home. Personally, I am glad that I was involved with the production of “The Day Boy and The Night Girl,” and I would do it again in an instant.

Note: Alex Stacey was the company manager for the Mercyhurst College opera “The Day Boy and the Night Girl.” Through this production, Stacey completed an internship for her minor in Arts Administration. She had many administrative responsibilities before the show, including writing contracts for the cast, attending rehearsals and making travel arrangements for their trip to New York City. Once in the theater, Alex acted as stage manager, changing all the sets during the production. 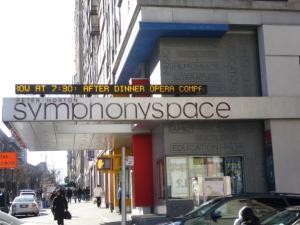