Men’s hockey experienced a disappointing start in the 2008-09 season, losing six of their first seven games. However, despite the slow start the Lakers were able to come together, and by the end of the season they became one of the hottest teams in the Atlantic Hockey Association finishing with a 22-15-3 overall record. The Lakers made it to their second consecutive Atlantic Hockey Association Tournament Championship game where history sadly repeated itself. Just as in the 2007-08 season, Mercyhurst College found itself battling Air Force, and lost 2-0 to the defending 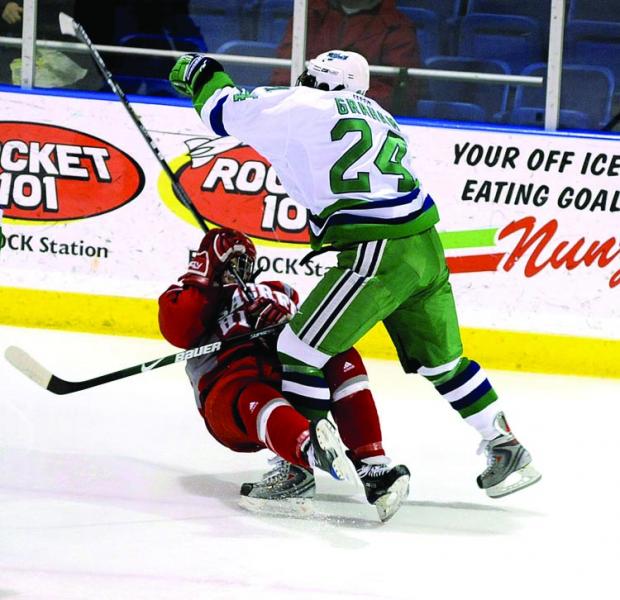 champions. Mercyhurst was held scoreless for just the second time all season, and the first time since falling 5-0 at Alaska-Fairbanks at the beginning of the season. In the six years that Mercyhurst has been a part of the AHA, this was the Lakers’ third appearance in the title game, proving that they are still a force to be reckoned with. The Lakers’ 22 wins tied the team for the second most wins in the Lakers’ 10-year tenure in National Collegiate Athletic Association Division I. At the end of the season, four seniors were honored by signing professional contracts with the East Coast Hockey League. Goaltender Matt Lundin joined the Alaska Aces, defenseman Bobby Phillips signed with the Elmira Jackets, forward Matt Pierce and defenseman Kirk Medernach joined the Cincinnati Cyclones.