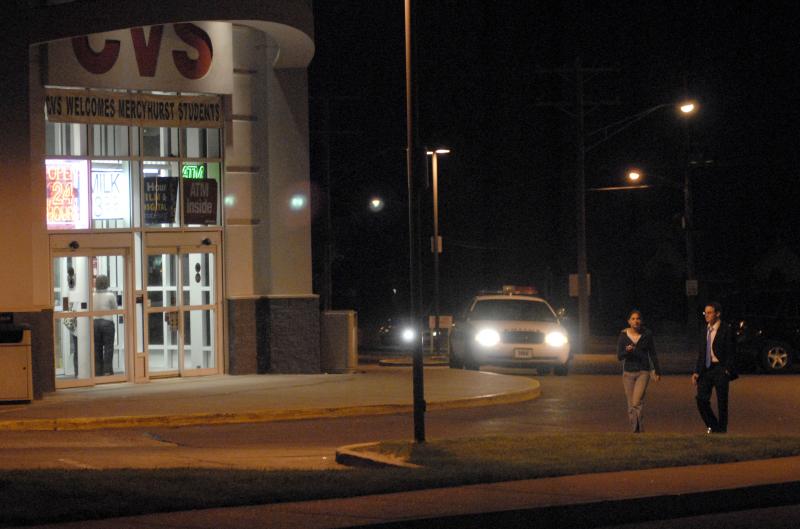 Erie police responded to seperate assaults that occured at the Cornerstone and behind CVS on Tuesday, May 12.

An unknown man assaulted two female students from Mercyhurst College during separate incidents in the early hours of Tuesday morning, according to The Erie Bureau of Police.

During the first incident, which occurred at approximately 12:10 a.m. Tuesday, the perpetrator grabbed a woman at the Cornerstone and was kicked out of the bar, police said.

After the man left the Cornerstone, he walked west on 38th Street and turned left after CVS, and assaulted a second victim on the walkway between CVS and the blue light system near the Wayne Street parking lot, police reported. She did not suffer any serious injuries.

Eyewitnesses who saw the perpetrator described him as a 6’-6’2" tall black man in his early 20s with short hair and a very dark complexion, police said.

At the time of the assaults, the man was wearing baggy gray sweatpants and a gray hooded sweatshirt, according to witnesses.

Mercyhurst Police and Safety Chief Ken Sidun strongly advised students to walk in pairs or groups, stay aware of their surroundings and report any suspicious activity to campus police by calling 824-2304.

Mercyhurst had not yet released a Timely Notification Bulletin as of Tuesday night.