His most famous novel, “Capitan Correlli’s Mandolin,” won the Commonwealth Writers’ Prize for best book when it was published in 1994.

Although he is of English heritage and often wrote novels set in his homeland, it was his experiences in Colombia and especially the influence of Gabriel García Márquez that profoundly swayed his first three novels, all of which have more Spanish heritage than anything else. 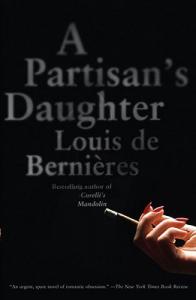 Places where his stories are set also include Australia, Turkey and Greece.

This story takes place in England in the late 1970s. Chris is in his mid 40s, and he feels trapped in a loveless marriage to a woman he calls the “great white loaf.” He is discontented with his life as a traveling salesman, but he feels that he is too old to join in with the experimentation of the young.

Roza is the partisan’s daughter. She is an illegal Yugoslav immigrant, who is sometimes a prostitute and other times a wonderful story teller. She tells exciting and outlandish stories, all with the purpose of keeping Chris’s attention.

As the reader, I always felt like Roza was creating anew her entire person to suit herself. There was one point in the plot where Chris finds her at the library researching Yugoslavian history. Why would someone need to look up history to tell personal stories?

I was a little bit dissatisfied when at the end of the novel Roza and Chris failed to bring their relationship beyond anything more than friendship and storytelling. This was very strategic of de Berniéres though, because it is one of few novels that ends like real life might — without a happy ending.

Overall, this book was very interesting. The stories of Roza’s life were what made up the bulk of the adventure, and therefore the most interesting parts of the novel.

This particular story can get a bit heavy at some times, so I would suggest using it as reading to break up other reading. Taking it in parts would be the best way to go.