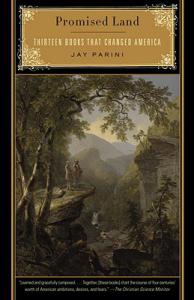 Contributed photo
How hard could it be to pick the most significant 13 books that shaped America? Easy, some would say. But that depends on a number of different factors, including what it is that ‘shapes’ America. Is it the impact that a book had on the American people overall? Or the way Americans’ attitudes were changed after reading the book? And other aspects must surely be taken into perspective, such as to whom the book was marketed to. Who actually read the book? What was the book about?

All in all, the conclusion that can be reached is that it must actually be very difficult to pick only 13 books that helped to shape America. This is what the author, Jay Parini, set out to do in his own book, “Promised Land: Thirteen Books that Changed America.”

Parini says that he believes each of the books he picked had a “crucial impact on the formation of this intangible thing, the American character.” He also says that he could have easily picked a different set of 13 books with the same results. (At the end of the book, he provides a list of 100 more books that he considers important, and reminds readers that he could easily give another list of 100 books besides these.)

So why these selections?

“Each of these books represents a climate of opinion, consolidating a tradition or marking a fresh turn in a long and winding road,” Parini writes. This was never meant to be a list of the greatest books of America, simply ones that shifted the consciousness of America, or impacted our attitudes of ourselves and the nation as a whole. 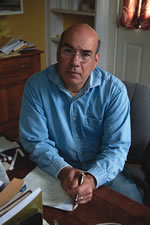 Contributed photo
By now you are (hopefully) saying to yourself, ‘What are these books?!’ Well, here they are, in chronological order as the author supplied them: “Of Plymouth Plantation,” “The Federalist Papers,” “The Autobiography of Benjamin Franklin,” “The Journals of Lewis and Clark,” “Walden,” “Uncle Tom’s Cabin,” “Adventures of Huckleberry Finn,” “The Souls of Black Folk,” “The Promised Land,” “How to Win Friends and Influence People,” “The Common Sense Book of Baby and Child Care,” “On the Road” and “The Feminine Mystique.”

Some of these may seem oddball, and I thought so, too, at the beginning, but there is a reason as to each of Parini’s picks. Anyone reading this article should recognize at least one book off of the list, with “Adventures of Huckleberry Finn” and “Uncle Tom’s Cabin” immediately coming to mind because of high school reading lists.

When describing each of his choices, Parini divides each explanation into four sections.

In the first he gives an overall description of the book, providing readers with a sense of how important it was to American culture. In the second part, he gives a description of the authors themselves and some of the publication history. In the third, Parini talks about the book itself, sometimes talking about it chapter by chapter. He goes into tremendous detail in this section. In the final section, he speaks of the relevance of the work, often mentioning books that followed it or the qualitative impact it had on the American people.

Taken as a whole, although I do not agree with Parini’s list, I appreciate where he is coming from and even why he chose the books he chose. It is harder to pick 13 books that had a significant impact on America than it would be to simply pick the 13 greatest American books of all time, and Parini has done a good job with this.

A final question that must be asked, though, is why Parini chose 13 books to cover. The answer is obvious: Thirteen symbolizes the original 13 colonies of America.

Parini is author of numerous other novels, poetry and biographies, including “Singing in Time,” “The Love Run,” “Benjamin’s Crossing” and “House of Days.”