There is hope for Angels & Airwaves 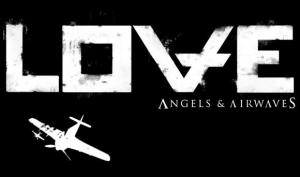 Contributed photoFor most people Angels & Airwaves is one of those bands that you listen to in passing, either because you’re not a huge fan of their music or because you’re still a little upset about Blink 182’s breakup.(Tom DeLonge leads Angels & Airwaves and was also lead singer/guitarist from Blink-182.) Either way, their newest album, “LOVE,” just might be worth your time.

The album opens in a strange yet interesting way with an instrumental track entitled “Et Ducit Mundum Per Luce,” which roughly translates to “lead the world by light.” This opener sets the tone for the oddly spaced and light themed songs that follow.

The album’s resident love song, “Shove,” explores unexpectedly finding someone. This is clearly indicated by the lyric, “’cause sometimes it comes with a shove when you fall in love.”

“Epic Holiday,” aside from having a great title, begins with an over-synthesized, progressive rock feel. At first listen you might be inclined to switch to the next song, but you should wait around for the line, “Life’s just a game, it’s just one epic holiday.” Sure, it might be corny, but it makes for a pretty good song.

The least imaginative, and ultimately worst (in my opinion) song on the album is “Hallucinations.” The lyrics are very naïve, simply asking “do you believe in hallucinations?” over and over again.

A close second is “The Moon Atomic (…Fragments and Fictions),” whose title might have more unique words than the entire song.
Conversely, “Soul Survivor (…2012),” a clever nod to the apocalypse brings back some originality and hope for the rest of the album.

The smart, yet simple, “Some Origins of Fire,” closes out the album on a somewhat more positive note. It brings about another angle of the concept of love in the chorus, “We all are love and love is hard, we’re hard to love.”

Overall, “LOVE” might not be Angels & Airwaves’ greatest effort, but holds its own with a good balance of tracks and themes. It is also 100 percent open to the listener’s interpretation, cleverly initiated by the band to perhaps enlighten critics and fans alike.