Lady A creates a must-listen album 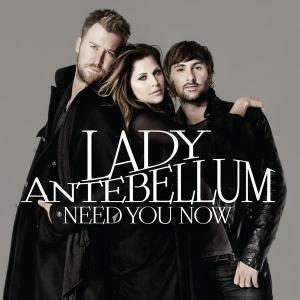 Contributed photoLady Antebellum is quickly becoming one of the hottest country acts today.

Lady A, as they are often called, is made up of Charles Kelley, Hillary Scott and Dave Haywood, who all bring a little something different to the group. Kelley, whose brother is musician Josh Kelley, had a solo career before joining the group, as did Scott. Haywood is a multi-instrumentalist whose talents help the group reach fans of pop, rock and country alike.

The album opens with the title track and first single, a song that sums up the dreaded but predictable feelings between exes.

The second single from the album is “American Honey.” This ode to simplicity and the good things in life showcases the trademark harmonies of Lady A.

Charles Kelley takes over lead vocals on “Hello World,” a track about seeing the world for what it truly is with all material possessions aside. It is a song that makes you think, highlighted by part of the chorus, “And I see a light, a little hope…Hello world.”

“Love This Pain” is another song on the album that echoes everyone’s life at some point. The lyrics, “…we just don’t work, but I can’t walk away, it’s like I love this pain…,” talk about wanting someone you can’t have and the desire to keep trying even though you know it won’t work.

My favorite song on the album is “Stars Tonight.” It is an upbeat, feel-good song about just having a good time at a concert. It reminds me of “Here’s To You” by Rascal Flatts in that it acts as a salute to the fans who contribute to the fun atmosphere at a concert.

Each of the 11 tracks on “Need You Now” has a uniqueness about it, which helps the album flow. The amazing talent in Lady Antebellum also doesn’t hurt, as their harmonies blend together to truly tell a story with each song. “Need You Now” is a must-listen album for any country fan.