Your weekly report from Dungarvan, Ireland: More Paris and an escapade to Barcelona 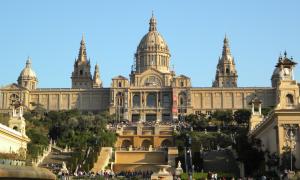 After Easter Sunday in Paris, as a group we headed to the Louvre Museum and saw the “Mona Lisa.” Then we walked through a park and stopped to have delicious chocolate and banana crepes and arrived at the Arc de Triomph.

In the evening we all went out to a traditional French dinner, with musicians playing guitar and accordion while we ate; many of us danced the night away.

The next day we toured the Orsay (an Impressionist museum). We then headed through narrow winding streets and passed markets full of artists and arrived at Sacré-Coeur Basilica, a magnificent church situated at the highest point in Paris. After the church we broke up into smaller groups to explore the city. Many of us stopped at Moulin Rouge, then dinner, then to either a bakery or a gelato store for dessert.

Some of us were not ready to give up our spring break and begin classes after Paris, so we decided to do some more traveling. A group headed to Northern Ireland, another to Sicily, and I, along with Megan Hull and Libby McNamara, went to Barcelona.

If anyone is interested in visiting Barcelona during their study abroad in Ireland, I recommend you do it.

We rented a beach apartment for a very good price. Barcelona is an awesome city, located in a valley between mountains against the Mediterranean Sea. We went to the top of the Montjuic Hill, where an old military fort exists along with the Palau Nacional, which is the national palace of Cataluna. Standing at this palace offers an incredible view overlooking the city.

At night, a spectacular water and light show set to music occurs. We also saw amazing Gaudi architecture, including the Sagrada Familia. If those sites alone are not enough to make a city worth visiting, the beaches of Barcelona will. The beaches, with clear blue water full of sea shells, especially during the sunset, are a must see.

A world food festival is coming to Dungarvan this upcoming weekend. Stay tuned to see how it goes. 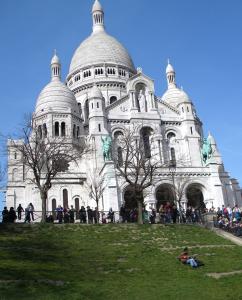 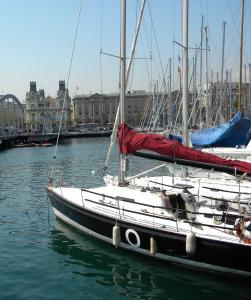