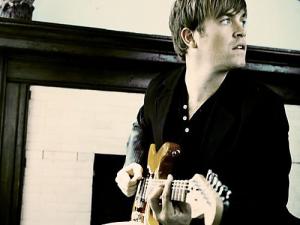 Contributed photoIt is amazing to me that Dave Barnes has been able to live a successful life as a musician while remaining under the radar of mainstream radio. His songs are more than radio-worthy, but Barnes chooses to market with a simpler approach: old school grassroots marketing and word-of-mouth.

This strategy has worked for Barnes, as he has developed a solid and growing fan base over the past eight years through two EPs and four studio albums. His latest album, “What We Want, What We Get,” was released on April 6.

Barnes keeps a general theme of the ups and downs of love throughout the album, which makes sense because he writes mostly for his wife and draws from life experiences. The album’s title track offers a simple message: “…sometimes what we want isn’t what we get, sometimes what we get ain’t really what we want…,” letting the listener know to always expect the unexpected.

The cutesy tunes give way to others, namely “My Love, My Enemy,” which highlights how you can love and hate someone at times, but in the end, as cheesy as it is, love prevails.

Not one to disappoint or alienate, Barnes also provides a song for those living the single life. “Someone’s Somebody” is an upbeat track that calls to mind the age old adage that there’s someone out there for everyone.

At the midpoint of the album, he switches the feel with “Chameleon,” a song about the dangers of leading someone on. In “Chameleon,” Barnes sings, “What does it mean if you know you don’t mean it, what does it say when you’ve got nothing to say?”

Sharing wisdom and experience through his lyrics, Barnes has much to say on “What We Want, What We Get,” and hopefully listeners’ ears are open.