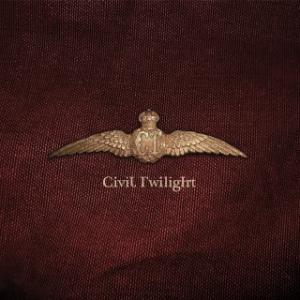 Contributed photoWhen you look back into the history of influential rock bands, you can’t help but notice that the majority traveled a great distance to find success. Or, in other words, America tends to import talent. This is the case for Civil Twilight, a progressive alt-rock band from Cape Town, South Africa. Coincidentally, the men of Civil Twilight list fellow non-America bands Muse, U2, Radiohead and The Police as major influences.

Civil Twilight is comprised of brothers Steven and Andrew McKellar and their long-time friend Richard Wouters, creating a trio that does not disappoint. Their introspective lyrics sometimes unknowingly bring a sense of South African pride and a desire to change the world to the current music scene. Their debut self-titled album was released on April 13.

The album opens on a strong, anti-war note with “Soldier.” The lyrics, “I don’t know why I raise this hell, I’m just a soldier fighting for someone else…” make a very strong opening statement.

Switching gears, “Soldier” is followed by “Next To Me,” a love song that channels what a collaboration between The Beatles and Bob Dylan might sound like.

“Letters from the Sky” is the first song I heard from Civil Twilight and was featured as Single of the Week on iTunes. The lyrics paint a semi-apocalyptic picture intertwined with an escape from it. The chorus, which opens with, “…one of these days, letters are gonna fall from the sky, telling us all to go free…,” offers the escape we all search for in one way or another.

The lyrical genius continues with “Human,” a simple song about accepting who you are. The chorus states, “…It’s only love, it’s only pain, it’s only fear that run through my veins—it’s all the things you can’t explain that make us human,” bringing truth back into music.

Although they’ve had trouble breaking into the American music business, I think it’s safe to say Civil Twilight is here to stay.