The ‘e’ requires stickers for all student riders 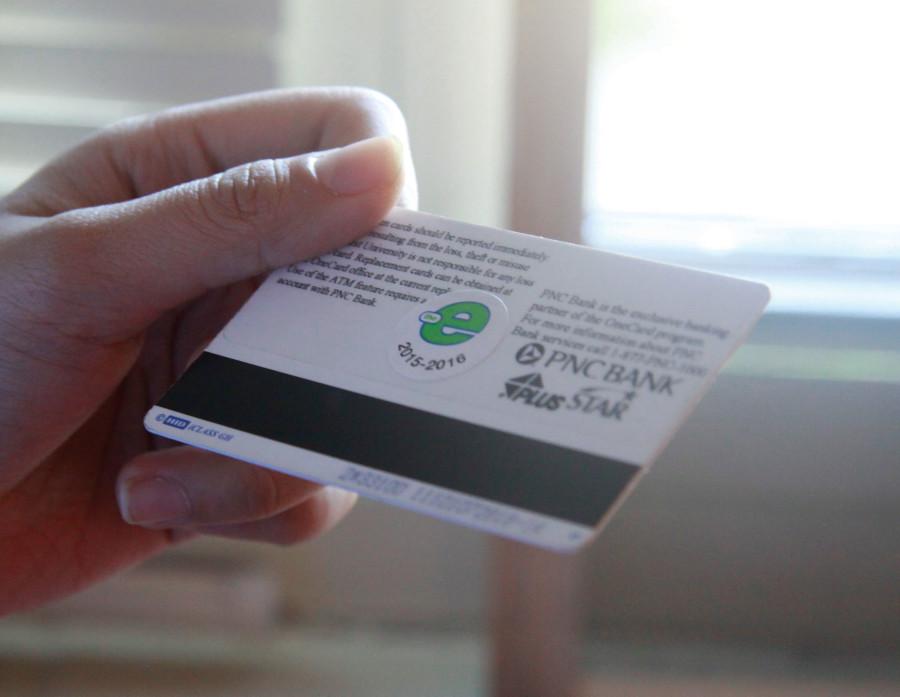 The new “e” bus sticker is placed on the back of students’ OneCard IDs.

The Erie Metropolitan Transit Authority, commonly known as the “e,” now requires Mercyhurst students to have a sticker on the back of their student ID in order to ride their buses for free.
According to John Patterson, the director of the OneCard office, EMTA was seeing a dramatic increase in the number of people who ride the bus. They attributed this increase to the college and university rider programs.
“Keep in mind that all of the region colleges and universities have existing contracts with EMTA,” said Patterson. “This includes Edinboro, Gannon, LECOM, Mercyhurst and Penn State Beherend.”
In order to ride the “e” for free, all you had to do was present a college or university ID card. However, the contracts with the schools provide free rides for registered students only. There was nothing on a student ID to show that the student was current.
“EMTA provides the stickers and we put them on the cards.” Patterson said.
Students who are registered for the current semester can pick up a sticker, free of charge, at the OneCard office. The sticker has to be placed on the card by a OneCard office employee, and students cannot pick up stickers for anyone else.
The “sticker to ride” rules are not going to be enforced by EMTA until Oct. 1.
However, some problems have been brought to Patterson’s attention. Some bus drivers are denying students free rides, disobeying the Oct. 1, start date.
“The feedback has been mostly positive, but in one case, a female student had to pay the fare to ride the bus back to campus because she did not have a sticker.”
Patterson was able to refund the student’s cost for the fare, and he contacted Mercyhurst’s EMTA representative to ensure that problems like that did not continue. His most recent update is that no more reports have been filed on the issue.
The costs for EMTA continue to rise, and providing rides for free that should be paid fares is costly as well. Therefore, EMTA wants to make sure that their free rides are only going to current students.
“It makes sense. The bus driver told us that they caught someone who had graduated nine years ago using the bus with his Mercyhurst ID. If they don’t want to lose money they’ll have to start keeping track,”  junior Intelligence Studies major Matt Yoch said.
The decision to have stickers on student IDs was put into place for economic purposes. Having the sticker costs nothing to students and is a very easy and unobtrusive for EMTA to meet their goal of lowering their financial burdens without giving up free rides to students.