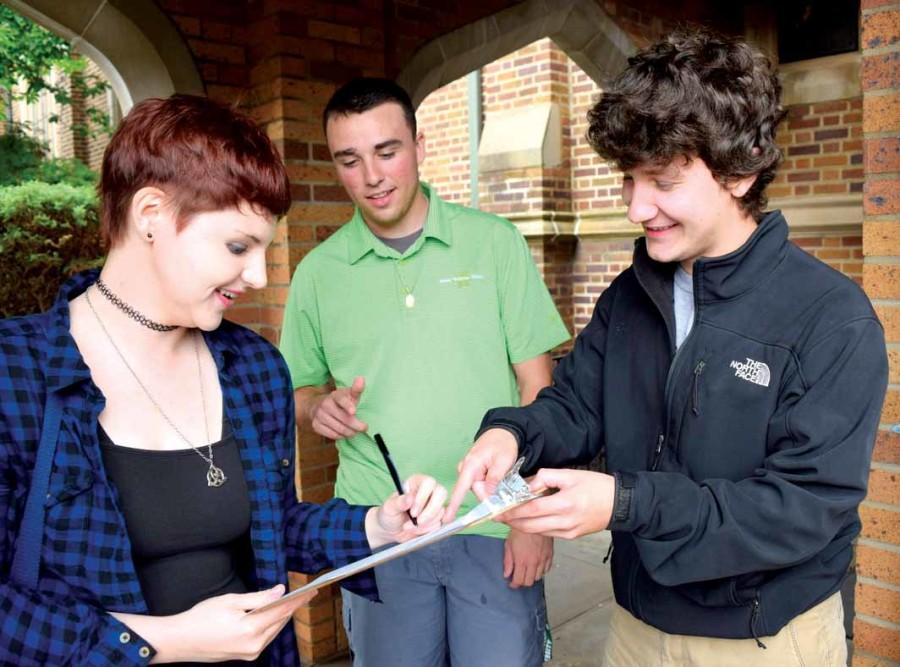 Freshman Brandon McKenna made Mercyhurst history before he even moved into his dorm.
Embodying a Carpe Diem attitude, McKenna is the founding president of Mercyhurst’s first College Republicans Chapter. McKenna has been interested in politics since he was 12, beginning as a volunteer for the 2009 Barack Obama presidential campaign.
“I was so excited when Obama came to town. His campaign office was just a bike ride away,” said McKenna. “I have always been fascinated by politics.”
After serving under Philadelphia Rep. Ed Neilson and Gov. Tom Wolf, McKenna registered as Republican and immediately set to work with GOP state Senate hopeful Tim Daily. McKenna was Daily’s campaign manager and has formed lasting connections with Philadelphia GOP leaders. McKenna realized after visiting Mercyhurst that there was not an existing College Republican club.
“When I realized Mercyhurst didn’t have a chapter of College Republicans, I knew I had to start one,” McKenna said.
He reached out to several students on the social media platform Quad.
“At first, I was worried there weren’t any Republicans on campus,” said McKenna. “Research has shown that there are plenty of conservatives on campus and in the area. They just needed an outlet to really come together.”
McKenna’s club has been created in the shadow of the current 2016 Presidential Race. With no less than 15 Republican presidential candidates, club members will have a lot to talk about. Despite the presence of both a College Democrats club and a Libertarian club, McKenna does not expect many partisan debates in his club’s future. He envisions the club will focus on the more practical aspects of politics, with less debating and more action.
“The goal is to essentially engage in Republican activism on campus and to open channels where students can get involved in political campaigns,” McKenna said.
He admits, however, that rising political candidates like Donald Trump have sparked political debate across the nation.
“Right now, there is no better time for people wanting to be involved in the political process,” McKenna said.
McKenna has yet to publicly endorse one candidate over another, however, he has spoken with many on campus.
“America’s voice is really being found amongst the nontraditional candidates. Those who have been leaders in their field, but not the usual career politicians. It will be interesting to see this unfold,” McKenna said.
McKenna plans to have Mercyhurst’s new branch of College Republicans to become heavily involved with the greater Erie community.
“We’ve already reached out to branches on other campuses, especially Gannon and Penn State Behrend,” said McKenna.
“It would be a great opportunity to collaborate with them.”
Mercyhurst’s first College Republican chapter ratified its constitution on Monday, Sept. 21. Since then, club leaders, McKenna and Vice President Dan Soar, have begun actively supporting Erie County GOP. They have already attended the Waterford and Albion Community Fairs, helping voters to register to support local government officials. The club has been well received among alumni.
On their Facebook page, alumni Mike Walters posted “Great idea! Wanted to do this last year before I graduated, but just didn’t have the time. Nice to know the ‘Hurst finally has College Republicans.”
Current Mercyhurst students are encouraged to “like the page and look out for flyers,” said McKenna.
The club plans to formally meet sometime in mid-October.