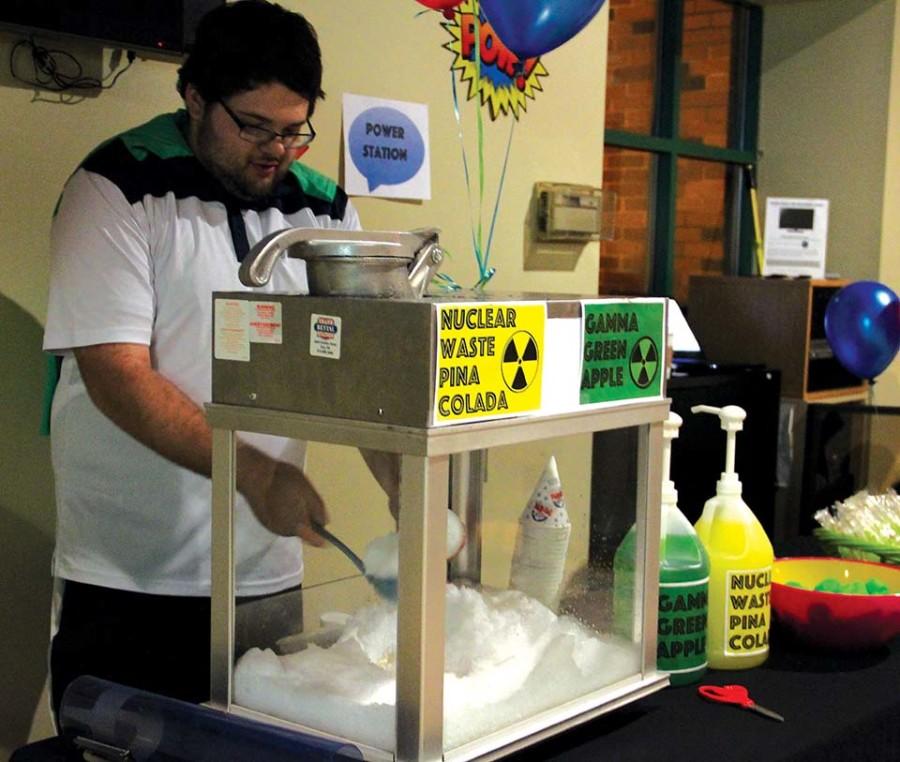 Presented by the Student Activities Council, Get Your Comic-Con was an event that students got in full character for.

The line started to form at the doors of the Student Union at about 7:30 p.m. Many people dressed up as their favorite comic book characters. Some got completely dressed up while some subtly dressed for the part.

The event offered many activities for Mercyhurst students to partake in. One of the most popular parts of the event was the appearance of professional caricature artist, Eric Jones, who drew free caricatures for the students. This section remained popular and was packed throughout the night.

The Union was decorated with red, yellow and blue balloons and had a big screen TV playing cartoons. There were blow-up cutouts of characters such as Cat Woman, Wonder Woman, Captain America, Iron Man and Batman.

There were themed food items such as a snow-cone machine, lollipops with capes and bright green marshmallows. Other activities included making superheroes bookmarks, a photo booth and different prizes raffled-off throughout the night. There was also a television set up with video games for anyone to play.

“You get to see people that you normally see in passing that you would never expect to have such shiny costumes in their closets,” sophomore Claudia Cauchi said.

Junior Geoff Ebbert dressed up as the Court of Owls and wished to be quoted with, “Whoo, Whoo.”

Sophomore Austin Shinhearl, who was one of the students running the event, enjoyed the enthusiasm students showed when dressing up.

“My favorite part of the event was seeing everyone dressing up. I like seeing them express their love for comics, superheroes and villains. I really enjoyed how even college students still enjoy small stuff like comic books,” said Shinhearl.

“Seeing everyone expressing themselves as comic book heroes and villains really made me proud that we were able to make an event where people who don’t usually come to our events could enjoy themselves without being judged for what they find enjoyable.”