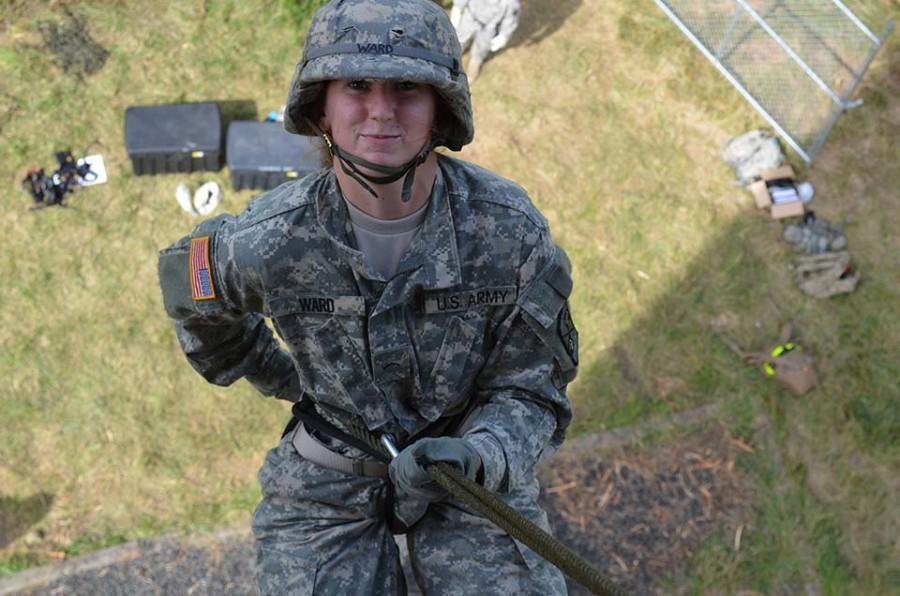 On Sept. 25, 26 and 27, 90 Mercyhurst, Gannon and Penn State Erie, the Behrend College cadets took part in leadership training exercises at a training area in Geneva, Pa. Out of the 90 cadets, 27 were Mercyhurst students.

Cadets did various basic leadership exercises to build confidence. One of those confidence builders was the rappel tower, here cadets repelled off a 70-foot tower.

“It is something for the young to build their confidence and get them little more used to the Army environment,” said senior Intelligence Studies major and Cadet Leader Kyle Hill.

The training kicked off Friday, with activities such as Land Navigation. In this activity, cadets were given points on a map and they had to find their way to those locations. 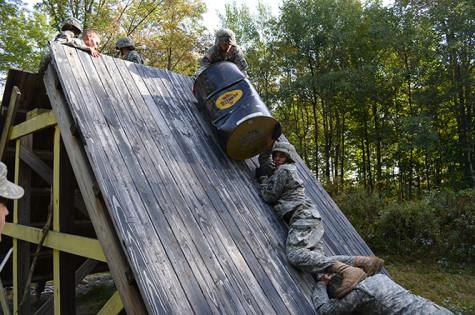 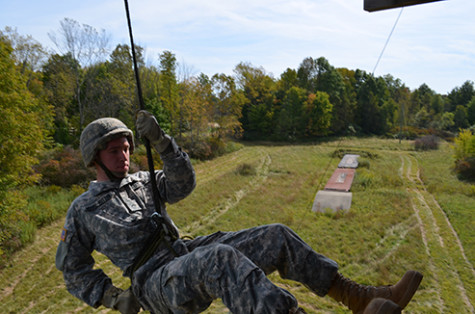 On Saturday, confidence building activities took place, such as the Leaders Reaction Course (LRC). The LRC is an obstacle course where cadets are given equipment that allow them to complete an obstacle within a certain amount of time.

They also did Patrolling Lanes, where a squad of nine cadets were left alone and given about two hours to reach an assigned objective.

“This gives the younger cadets a chance to see what leadership is like before they reach their junior or senior year,” Hill said.

At night, they played paintball for fun and on Sunday morning they packed up and left.

“It was the perfect weekend, the weather was great, we had no injuries, no nothing, which is pretty rare,” Hill said.

Hill found great satisfaction in putting rivalry aside and completing the courses alongside cadets from other universities.

“It’s great to see all the different schools get together. Usually we try to compete against each other, but on a weekend like that we all worked together so it was pretty awesome,” Hill said.

Mercyhurst will be part of another training next semester at Camp Dawson, W. Va.  attended by Indiana University of Pennsylvania, University of Pittsburgh, Gannon, Penn State Erie, the Behrend College and Edinboro.