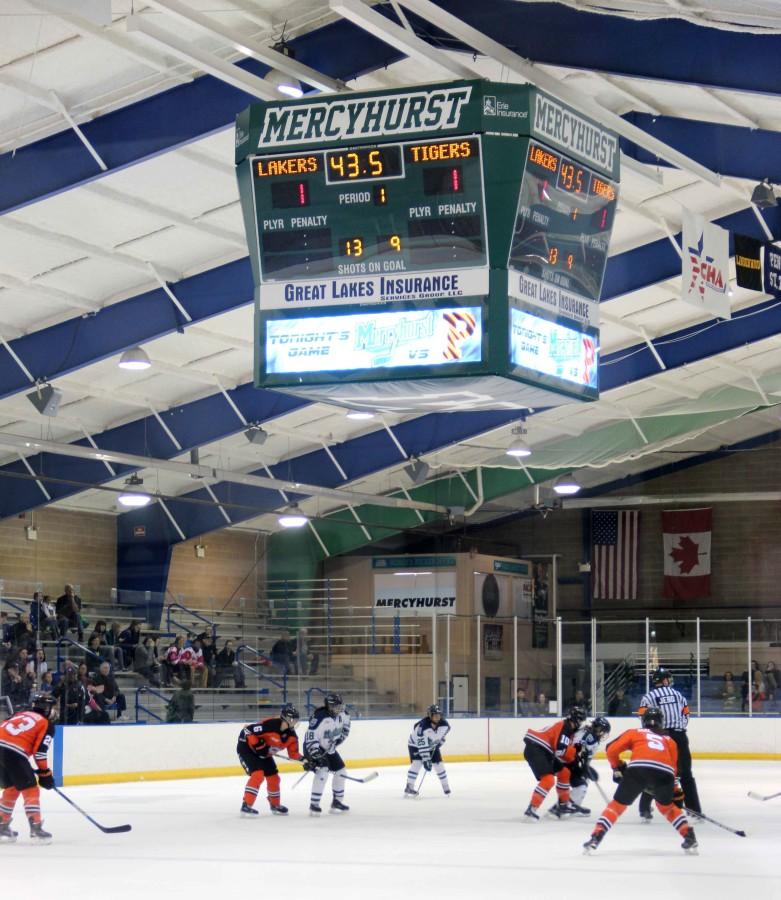 In an attempt to grab their first win of the season, the Mercyhurst Women’s Hockey team took on Princeton University in their weekend season home opener on Friday, Oct. 23, and Saturday, Oct. 24. The Lakers dropped both games, 3-2 and 2-1.

“We are on the right track,” said head coach Michael Sisti. “We just have to keep working hard and improving each day.”

In a back and forth battle on Friday during the Lakers first game against Princeton.

Princeton started off the scoring at 15:29 in the first period, but Mercyhurst senior Emily Janiga found the back of the net four minutes later, assisted by freshmen Rachel Smith and Sarah Hine.

At the end of the first period the game was tied at one.

The Lakers fought back and tied the game at two when Hine and junior Jillian Skinner assisted Smith.

Princeton scored during the third period to end the game, 3-2 Princeton.

“Right now we need to clean up a few things in our defensive zone coverage so we can possess the puck more and dictate the pace of play,” said Sisti. “We have seen good things from most of our players, but everyone is trying to improve on their consistency.”

On Saturday, Princeton scored a goal in each of the first two periods.

Princeton snuck one past freshman goaltender Sarah McDonnell on their first shot of the game, quickly making it 1-0. They fired another shot past McDonnell during the second period, making in 2-0 Princeton.

The Lakers got on the board in the second period, when freshman Molly Blasen recorded her first collegiate goal, assisted by sophomore Sarah Robello and junior Paige Horton, but it wasn’t enough. Princeton won the game 2-1.

With a 0-5-1 record the Lakers are looking to record their first win of the season by beating Rochester Institute of Technology on Friday, Oct. 30, at 6 p.m. and Saturday, Oct 31, at 1 p.m. at the Mercyhurst Ice Center.