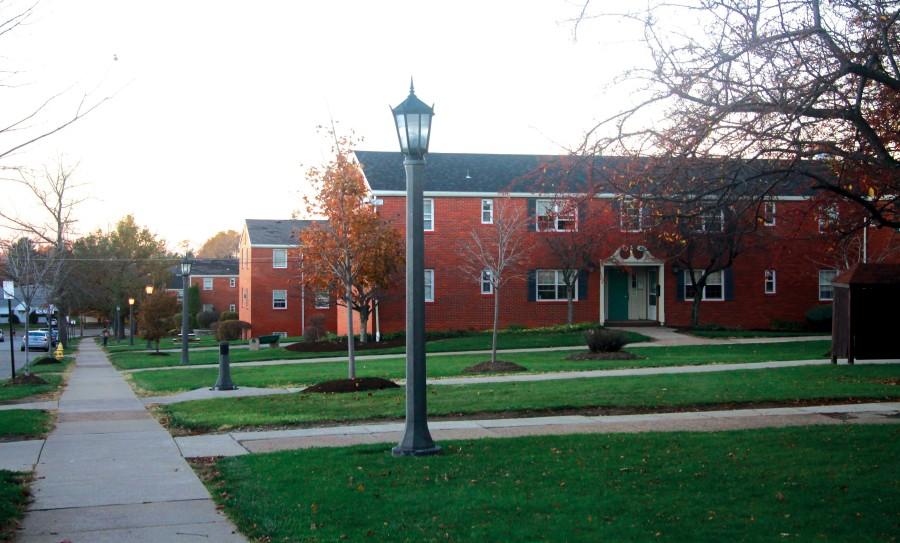 Student athletes will be required to live in on-campus apartments and townhouses beginning next fall.

Beginning in the fall of 2016, Mercyhurst will require all student athletes, excluding those in special circumstances, including commuting students and those with financial troubles, to obtain on-campus housing.

Currently, approximately 650 athletes compete in 24 varsity sports at Mercyhurst. The university expects to move about 120 of these athletes in the next school year.
According to Laura Zirkle, vice president of student life, the mandate stems from President Michael Victor’s vision of the Mercyhurst student experience.

“This really goes along with his whole desire for student life to be as vibrant and dynamic as possible. We’ve seen that in a lot of different things already this year —Hurst Day, for example,” said Zirkle. “What group of students brings the most energy and spirit to campus? Athletes.”

Mercyhurst’s long-term goal is to require virtually all undergraduate students to live on-campus. For now, university officials are slowly working their way toward that goal by beginning with the largest subset of off-campus students.

Zirkle claims that despite concerns among the student body, the university will have more than enough room to house that many students.

“That is, of course, one of the reasons why we’re not moving everyone at once. But we are not concerned about space at all,” Zirkle said.

Students reactions to the announcement are mixed.

“Personally, I feel like administration’s first step should be to improve on-campus housing before they force students to live here because then more students would probably choose to live on campus and then probably won’t make a big fuss about it,” junior field hockey player Alex Albright said.

Zirkle says that the university will seriously consider renovations and improvements to existing housing in the coming years as a way to further enhance the student experience and accommodate larger incoming classes.

Senior soccer playerMacarena Aguirre said she does not think it is a bad to have a larger on-campus community, but worries about the price and quality of housing, and wonders why athletes are being required to move first.

She also mentioned her team gathering in off-campus houses for bonding activities.

“If we didn’t have this there would be many activities that are a tradition that couldn’t happen again, because basically it’s impossible to fit 25 girls into an apartment and feel comfortable,” Aguirre said.

In the face of negative feedback from students, Zirkle wants to reassure them that this new requirement is not a punishment for athletes’ bad behavior.
“The athletes make up the majority of our campus leaders. They are all good people,” said Zirkle. “I would hate for any of them to think that this is a form of punishment.”

Further squashing the rumor that this requirement is meant to crack down on off-campus partying, Zirkle asserts that Mercyhurst officials have spoken to the Erie County Chief of Police, who has cited a major decrease in noise complaints over the past few years.

Zirkle said that her biggest worry moving forward is the spread of the student body’s negative perceptions of this decision.

“We are going to be very generous and flexible with students in accommodating all of this,” said Zirkle. “We all simply believe that the best way to be part of campus is to live on it, and we have no motivation other than that.”