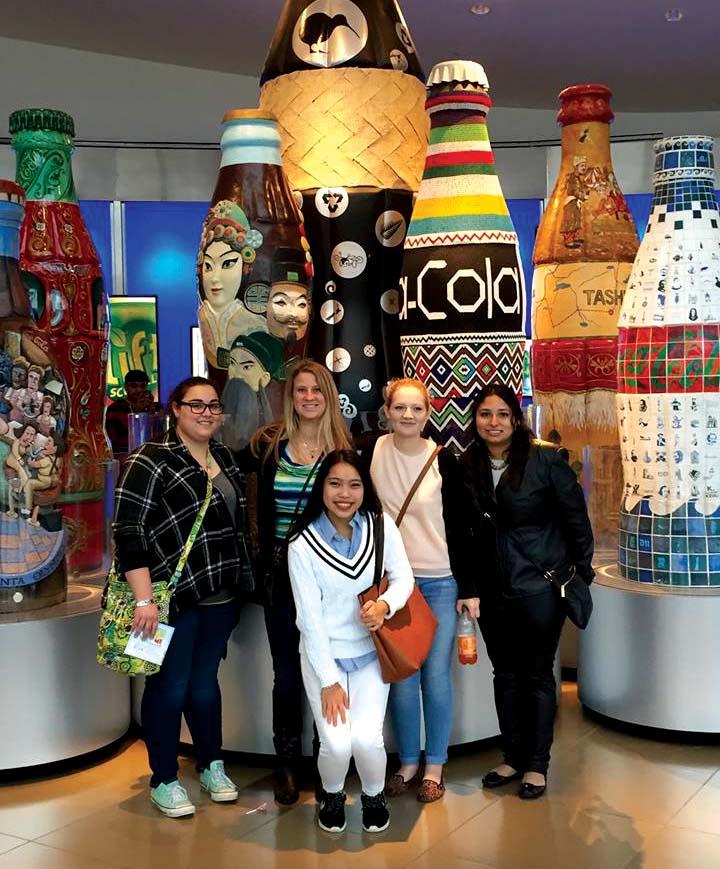 PRSSA members believe that the most rewarding part of the trip was the networking opportunities. The club hopes to return to Atlanta next year with even more members.

The theme for the conference held at the Marriott Marquee hotel was “Rethink, Rebuild, Renew,” inspired by the city of Atlanta’s progression, growth and energy. The confenrence also featured the  evolution of public relations within many industries and iconic brands. The five students who attended were Jade Gelsimino, Margaret Urso, Trang Nguyen, Vivian Suazo and Allison Hosko, as well as Department Chair and Assistant Professor of Communications Meghan Waskiewicz.

“We went to sessions on topics that interested us, such as social media, event planning and crisis communication,” said Jade Gelsimino, president of the Mercyhurst PRSSA chapter. “They were so diverse that you could not really prepare for the session.”

Each day started with keynote speakers  and each individual session lasted for an hour with two or three sessions per day. Speakers at the conference included big brand companies such as Coca-Cola and Porter Novelli, as well as big public relations firms like Ketchum and Edelman.

Most of the company representatives worked in the Atlanta divisions and were looking for interns and future employees in their locations.

In addition to the sessions, professional development workshops took place at the end of the conference.

“It’s all about making yourself marketable and making the connections that are right for you,” Gelsimino said.

The overall experience was great, according those who attended.

The trip did not come without its costs. The attendees paid $50 to become a member of PRSSA and paid $310 per person to attend the conference, plus hotel and airfare.

Mercyhurst’s PRSSA chapter began fundraising for the trip last spring​. They began with a murder-mystery event at the Maritime Museum. Those attending had an hour and a half to figure out clues related to the historical exhibits in the museum. The chapter also received a diversity grant, which helped lower the cost of the trip.

Mercyhurst PRSSA members plan to attend next year’s event with even more members.