Opera ‘Lulu’ to play in PAC 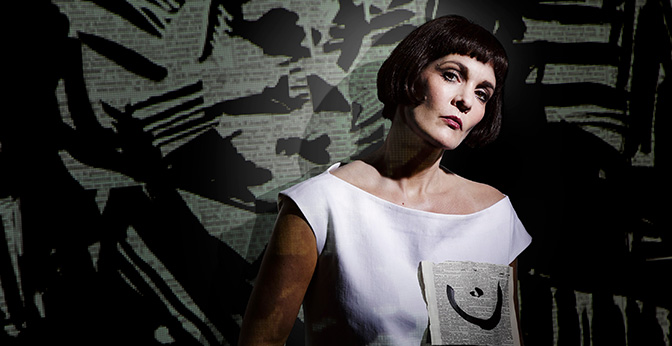 The opera “Lulu,” a German opera that is also performed in German, tells the story of Lulu, a young girl becomes a widow at a young age and marries a painter by becoming his muse.

Lulu is an opera that is sung in German. It tells a story of a young woman who lives a very unusual life plagued by seduction and misfortune.
Alban Berg, the composer, started composing the opera in 1929.
Unfortunately, Berg died in 1935 before completeing the third and final act of the opera.
The opera premiered, depite being incomplete in 1937, two years after he died.
Composed of three acts, Lulu begins by showing a young woman having her portrait taken.
As the painter tries to seduce Lulu, her husband staggers into the room and collapses from a heart attack.
Realizing that she is now a young widow, the painter decides to marry her.
Later, Lulu finds a friend of hers, Schön, has recently become engaged.
Schön helped Lulu get an education and start a new life, but he feels that she is a threat to his new relationship.
Schön tells the painter of Lulu’s past in an attempt to get her out of his life, but instead, the painter kills himself.
As the next few acts unfold, Lulu goes through countless admirers.
Schön and Lulu are married, but then Schön’s son confesses his secret love for her when he thinks they are alone.
Unfortunately, his dad, who is also Lulu’s husband, hears him and forces him out.
Lulu then kills Schön and begs his son, who witnessed it, to help her escape.
The rest of the opera is laid out with a mix of love and tragedy mixed together.
Come and see Lulu at the PAC on Saturday, Nov. 21, at 12:55 p.m.
Tickets are $18.