This recital is so last century

The recital, like the name suggests, only features pieces written during the 20th century. 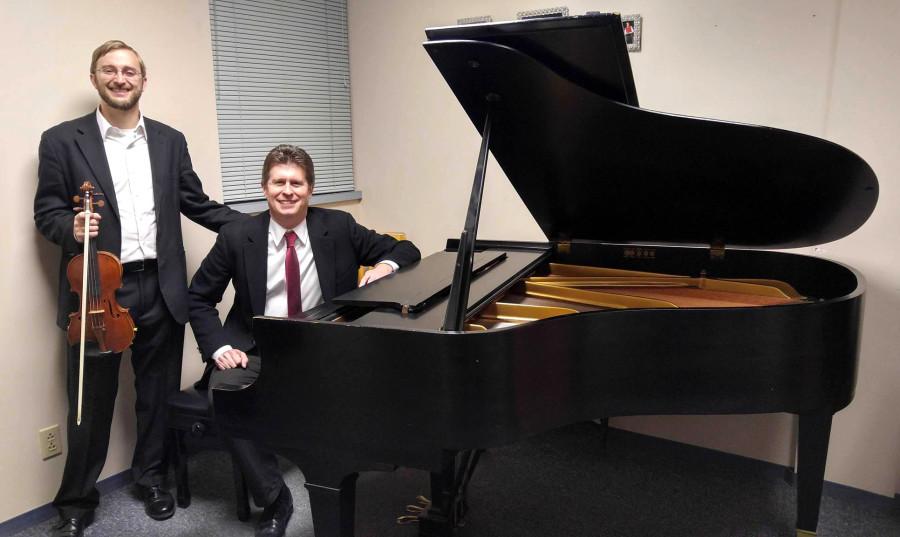 “That’s So Last Century,” is a faculty recital piece that will be performed on Thursday, Feb. 18, at 8 p.m. in Walker Recital Hall. Playing in this recital is Assistant Professor Joseph Kneer, D.M.A., on violin and performing with him is Nathan Hess, D.M.A., on piano. The recital, like the name suggests, only features pieces written during the 20th century.
The title came from the coincidence that all of the pieces belong to the 20th century. Kneer said he thought it would be the cool and more enticing thing to do since he does not normally name his recitals. “I haven’t picked a program in a long time that I love all the pieces for,” said Kneer.
“When you are in school and writing these papers and doing research, you like it, but there are different things that you want to hone in on.”
The first piece is “Suite in the Old Style” by Alfred Schnittke, written in the 1970s, “a time that is not one you think of when referring to classical music,” said Kneer.
“It is not a normal piece that Schnittke would write, that most of his pieces are biting and sarcastic and has that cold war era fatalism,” but he added that there is a part of the piece that makes it “unmistakably Schnittke.”
The next piece will be a violin sonata by Charles Ives, a progressive composer who sold insurance for a living. “He took hymns like “Jesus Loves Me” and patriotic American songs and sticks them in very strange ways, along with banging on other stuff. It’s beautiful, it’s crazy, it’s bombastic and it is very American.”
The subtitle is “Children’s Day at the Revival,” and it has pictures of children around a camp singing songs, then going to throw rocks in a river and so on.
Eugene Ysaye wrote six solo sonatas for violin and each one was dedicated to one of his peers. Kneer stated that they are all very technically demanding and difficult.
“Violin Sonata No. 4” was dedicated to Fritz Chrysler, possibly the most famous violinist at the time.
Prokofiev’s first violin sonata is next on the program. Kneer said “it is mostly very dark, it is in F minor, it is very stark and desperate in some times.”
He explained that there is a part where the violin is playing very fast scales and the piano is playing somber chords. Prokofiev said that this makes the listener feel as if they are going through a graveyard. Kneer says that it is “very morbid, but hauntingly beautiful.”
The last piece performed will be a transcription of Gershwin’s “Three Preludes” by Jasha Heifetz. Kneer said that they were originally for piano but now “contain a lot of violinist fireworks and are just fun.”
Although these pieces hail from the past, Kneer said that “these are the pieces I have been itching to play for a while.”
The recital is free and open to the public, so take a seat and flash back to the 20th century.