Board of Trustees reaches out to students 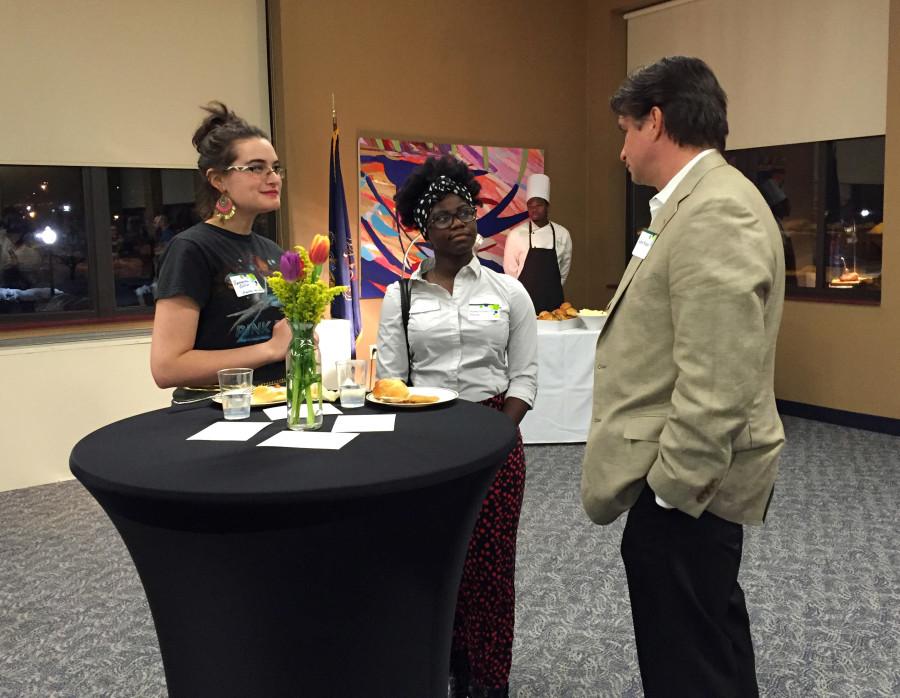 Students interacted with members of the Board of Trustees at a recent social event.

The Mercyhurst Board of Trustees is taking student interaction and feedback to a new level.

The social was organized by Ohmer, who said he was asked by Lev Kubiak, chair of the Student Life Committee on the Board of Trustees, to plan the event. Ohmer was assisted by Sarah Allen, director for Campus Involvement Center.

Tables were set up and students and trustees were able to rotate around the room to ask one another questions.

In order to represent as many types of student interests as possible, several students were chosen from an array of grade levels, departments and activities. Among them were Residence Life, Campus Ministry, MSG, Student Activities Council, athletics, ambassadors, the AIM program, international students and North East students.

Out of more than 30 students who were invited, approximately 28 attended.

Several students who attended had positive things to say about the event.

“I liked the intentionality of the trustees and their desire to learn about student concerns from more of a one-on-one basis,” junior Chemistry major Rich Cammisa said. Cammisa is an active student leader in Campus Ministry.

Senior Intelligence Studies major and international student Dhedra Danudoro said he had had a great time talking with board members, whom he described as a diverse bunch themselves.

“It was interesting. I never went to those sorts of events before,” said Danudoro. “It was also a bit relieving knowing that the board members are there to listen to any issues the student thinks are relevant. This ranges from housing, the athletic center and some of the programs out there Mercyhurst has.”

This is Kubiak’s first year as chair of the Student Life Committee on the Board of Trustees.

“According to the Student Life Board of Trustee Charter, they should be meeting with students once a year and it’s just to get them a better perspective on [students],” Ohmer said.

Last year the Board did not hold a student event because of the presidential search committee, according to Ohmer, but the trustees want to meet with students annually.

Ohmer said trustees felt that the event gave them good insight into students, what their needs are on campus and what the highlights of Mercyhurst were.

In coming years, the Board would like to improve the event by inviting students from all Mercyhurst campuses, including Mercyhurst University at the Booker T. Washington Center and Mercyhurst Corry.