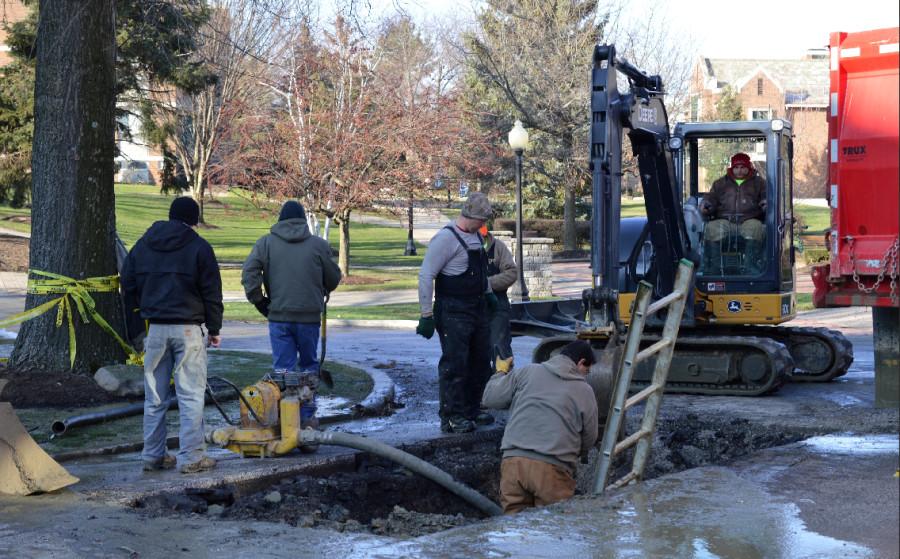 Repair crews work to repair the water main break that occurred on campus this week.

Campus closed throughout the day Tuesday due to a water main break on campus near Garvey Park. The office of the provost announced Monday in a campus-wide email that Mercyhurst would close on Tuesday, Feb. 23, due to the water break.

All day classes were canceled as repairs were being made to an 8-inch, cast iron main line that runs from E. 38th Street through the center of campus.

According to Facilities Director Micah Narel, extreme weather changes may have caused the ground to swell and contract, placing excessive pressure on water pipes, causing them to crack.

The repairs occurred between 8 a.m. and 1 p.m. on Tuesday. Most of the west side of campus was without water during this time.

Employees were urged not to report to campus if possible. Egan Dining Hall was operational throughout the day and the bookstore was stocked with Grab-n-Go items.