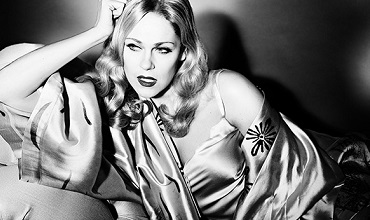 Kristine Opolais, soprano, who is the lead role in "Manon Lescaut".

“Manon Lescaut” is making its way to Mercyhurst University all the way from the Metropolitan.
The greatest work of composer Giacomo Puccini will be screened live in high definition in the Mary D’Angelo Performing Arts Center on Saturday, March 5, beginning at 1 p.m.
Its three-hour runtime, filled with obsession, love, emotion and flowing melody is sure to deliver.
Kristine Opolais, soprano, takes on the leading role where she transforms into a promiscuous young woman.
Her co-star, Roberto Alagna, will be singing as Des Grieux, a handsome student who desperately seeks his love interest, Manon Lescaut. Massimo Cavalletti and Brindley Sherratt will also be starring in the performance.
The first three acts of the opera depict several towns of France in the early 1700s.
The fourth act fast-forwards over 200 years to the 1940s and leaves viewers in the New World.
While “Manon Lescaut” is absolutely a romance, it is also a coming-of-age story. By the fourth act, the title character has developed from an unhappy child into an adult faced with death.
Music plays a vital role in progressing the action of the opera.
The orchestra is responsible for making the love duet of the second act one of the most erotic in all of opera.
Puccini created this opera based on his inspiration from German composer, Wilhelm Richard Wagner.
Principal Conductor Fabio Luisi will lead the fantastic orchestra in creating the breathtaking scores, including “In quelle trine morbide” and “Sola, perduta, abbandonata.”
All are encouraged to attend.
Tickets for children 12 years and under may be purchased for $10, seniors for $15 and adult tickets for $18.
Mercyhurst students can purchase discounted tickets for $7.50 with their student I.D.
Don’t miss out on this incredible opportunity to travel back in time and envelope yourself in the beautiful French culture.