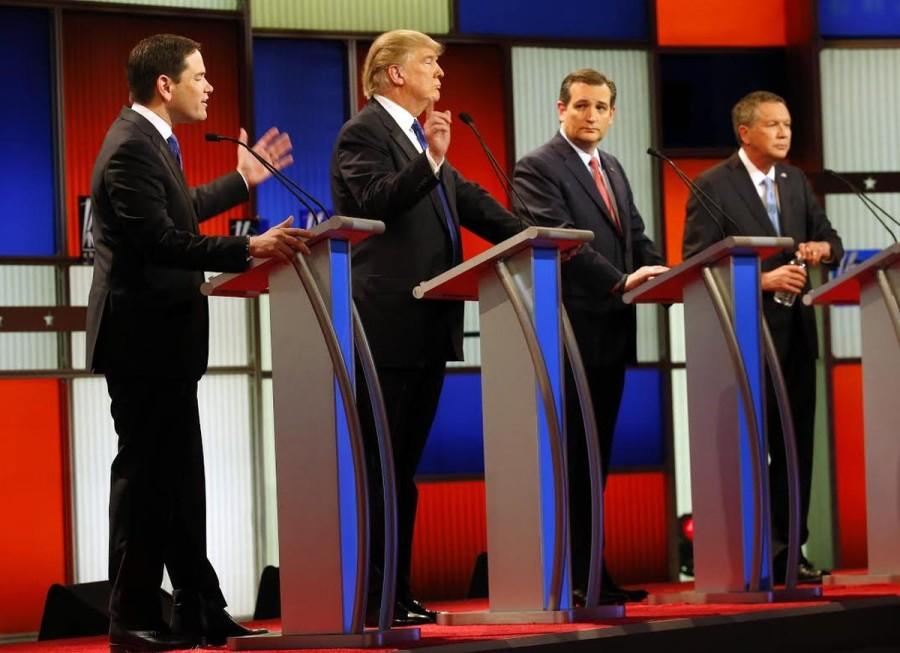 As the presidential election heats up, I feel that some of us Catholic students should consider where the current candidates line up in accordance with Catholic teaching.

We are obliged to promote the common good through the act of voting, as stated in the Catechism of the Catholic Church #2240. Catholic Answers Press published Voter’s Guide for Serious Catholics, exhorting Catholics to avoid voting for candidates supporting intrinsically evil laws “to the greatest extent possible.”

It listed five “non-negotiable issues” for Catholics to base their vote on, including abortion, euthanasia, embryonic stem cell research, human cloning and homosexual marriage.

I decided to find where our current mainstream presidential candidates stand on the issues above. For the information, I went to ontheissues.org, a good, but outdated resource to find out where candidates stand. Unfortunately, the website did not report on every issue, so I will report what I could find.

Beginning with the Democrats, Hillary Clinton wants abortion to be “safe, legal and rare,” and holds a 100 percent rating from NARAL Pro-Choice of America. She voted yes to expanding embryonic stem cell research and recently stated that homosexual marriage should be law.

Bernie Sanders has consistently supported abortion rights and has voted to expand embryonic stem cell research. He opposes defining marriage as being between one man and one woman and supports homosexual adoption.

Now for the Republicans, I will start with Donald Trump. “The Donald” has a very inconsistent record regarding abortion, stating he was pro-choice in 2000.

He then supported banning late-term abortions and called to defund Planned Parenthood in late 2015. Trump has also been inconsistent with the issue of marriage, stating in 2000 that he tolerated diversity, then stating in 2011 that he was opposed to homosexual partnership.

John Kasich has been relatively consistent in the pro-life cause, calling to defund Planned Parenthood. He has stated his opposition to homosexual marriage, but argues that there are more important issues.

Marco Rubio leans pro-life with a 20-week abortion ban and states life begins at conception while opposing funding for embryonic stem cell research. Rubio also opposes homosexual marriage, but respects the Supreme Court ruling and supports the right of states to decide upon it.

I acknowledge there are other important issues not covered in the Voter’s Guide and I intend to take a holistic approach.

I believe in today’s political climate that the issue of homosexual “mirage” pales in comparison to unborn genocide and the threat of ISIS. With my favorite candidate Dr. Ben Carson gone, I am extremely divided now.

If he did not support abortion, I would probably #feelthebern because of student debt. I dislike Trump because he is a highly contradictory bigot who does not know half of what he is saying. I would not be surprised if he brokered a deal with Hillary to ruin the Republican campaign in her favor.

I am not here to tell students who to vote for, though some might argue so-called “Catholics” who support abortion and homosexual “mirage” should be denied the Holy Eucharist, perhaps even excommunicated, until they repent, based on interpretations of Canon 915.

However, I believe we all need to be aware as to where the candidates stand so we can vote carefully in the 2016 election. Either way, go out and vote.