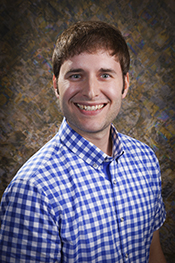 Brett Johnson, Ph.D, assistant professor of English, and director of the theatre program was recently named the interim director of the Mercyhurst Institute for Arts and Culture.
I had the opportunity to talk with Johnson, and hear what he had to say about the new appointment.
“I am very excited to share my passion for the arts with the audiences, and with the greater Erie Community”, Johnson said.
He also mentioned that a collaboration between the arts was a vital factor to help better the program at Mercyhurst.
Johnson said he felt that the Mercyhurst University community is very lucky to have a very strong program already, as well as staff and students who are very concerned and dedicated to the arts.
Some of the new responsibilities that position entails for Johnson includes ‘Programming My Act Live’, which include bringing in guest artists, marketing, integrating different offerings within Mercyhurst and doing outreaches within the Erie Community.
When Johnson was asked about any thoughts or concerns about the new position, he seemed at ease with the new responsibilities.
“There will always be challenges to overcome, but I look forward to growing from the new experiences,” Johnson said
He is also very excited to promote more of a connection between academics and the arts.
One of the biggest concerns is what the new season will bring, which will also be celebrating the 20th Anniversary of the Mary D’Angelo performing Arts Center.
Johnson explained that there would be a diversity of offerings including Broadway, Dance, acrobats, Classical, Choral, Jazz, Irish and children’s shows.
He also said that he plans on having a big name to commemorate the anniversary.
Overall, the new season is going to be working on collaborative pieces between dance, music and theater in order to create a true celebration.
The new season will be officially announced in June.