The rhythm got to some people Monday 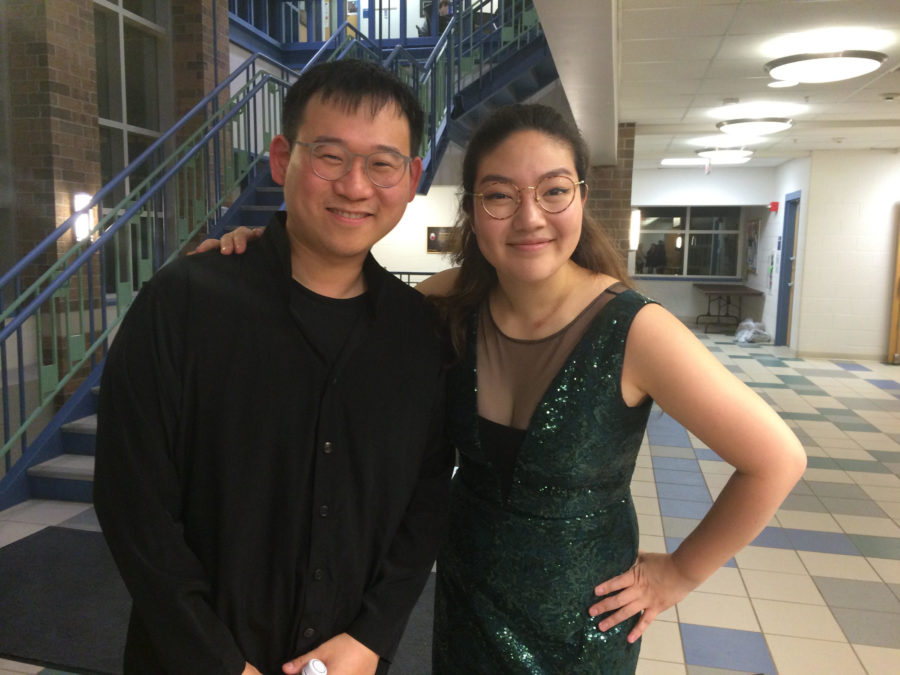 Running on four hours of sleep is not a good way to start out the week, and I was worried about falling asleep to the music at this recital.
There was a very full house and I was surprised at how many people showed up for the Jinjoo Cho violin recital.
When she came out onto the stage, I was automatically in love with her dress.
I think I have a mild case of magpie syndrome because the sequins on her dress were gorgeous.
The first piece was fun and at one point it sounded like the piano and violin were playing follow the leader of sorts.
Cho would play one part on violin and Hyun Soo Kim, on piano, would echo it back.
The second piece by Claude Debussy caught my attention in the first movement with how fast it was.
At the beginning of the third and final movement, Cho played the violin using tiny little bow strokes–staccato.
It looked like it was probably not the easiest thing in the world and it was different than long flowing bow strokes I have watched at recitals in the past.
In the program notes, it said that Debussy wrote that the theme of the end of the piece was “like a snake biting its own tail.”
I did not get this imagery from the music, but to each his own.
Apparently Gloria Estefan was right when she sang “The Rhythm is Gonna Get You,” because Joseph Kneer, D.M.A., proved it at the recital during the ‘Fantasy for Solo Violin’ by Ellen Taaffe Zwilich.
The head bobbing was contagious and many people throughout the auditorium were making the same motions to the music.
During the Zwilich piece, a bow hair broke on Cho’s bow.
It was promptly removed and the bow was pristine once again for the next piece.
The last movement of the Sonata for Violin and Piano by John Corgliano was a fast paced song causing more bow hair casualties and, once again, the head bobbing from the audience resumed.
I do not think I have ever been so excited about a piece at a recital before. The last piece, “Carmen Fantasie” by Franz Waxman was actually a piece I knew.
Well, I knew the melody of the first part, but considering my lack of knowledge regarding all things musical, I was excited none the less.
Despite my desperate need for sleep, the liveliness of the music kept me engaged and entertained.
There is a reason Jinjoo Cho won the 2014 International Violin Competition of Indianapolis and she really shined on stage Monday night.