Rivera sings, acts and dances her way into Mercyhurst University 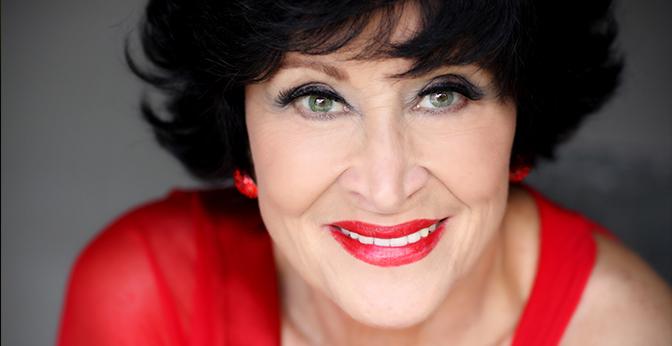 Chita Rivera, the Tony Award–winning Broadway star who will be performing in the D’ Angelo Performing Arts center.

Tony Award winner Chita Rivera has not only headlined plenty of shows, she is headlining the MIAC season for the 2016-17 school year.
Rivera is legendary in the theater business: a triple threat Broadway musical star who can act, dance and sing.
She is performing some of her most renowned musical numbers from certain musicals like “West Side Story,” “Sweet Charity,” “Chicago,” “Kiss of the Spider Woman,” “ Bye Bye Birdie,” “The Rink” and “ The Visit.”
She will be with her long-time band, conducted by Michael Croiter, and making tributes to friends and singing classical music by greats like Stephen Sondheim.
She has starred in many Broadway musicals such as the revival of “The Mystery of Edwin Drood” ( which is Mercyhurst’s next fall musical) and the Broadway production “The Dancer’s Life.”
This will not be Rivera’s first appearance at Mercyhurst.
She visited in November 2013 for an onstage conversation about her career.
She discussed her collaborations with Leonard Bernstein, Jerome Robbins and other legendary coworkers.
Her positive spirit and determination inspire those who watch her.
In 1986, she severely injured her leg in a car accident, but she continued to dance.
Rivera cares about her fans and it shows when she takes the time to answer any questions, take pictures and signs autographs.
“It was a transformative experience,” Brett Johnson, Ph.D., said.
Johnson has seen Rivera in four Broadway shows and three concerts.
“She’s an electrifying performer,” he said.
If you want to learn more about Rivera, as a person and performer, her hour-long PBS documentary, “Chita Rivera: A Lot Of Livin’ To Do” can be found at www.pbs.org.
The concert is in the Performing Arts Center on Friday, Sept. 16, at 7:30 p.m.
Beginning this year, all MIAC Live performance tickets are free for Mercyhurst students with their ID.
Tickets are $30 for adults, $25 for seniors and $20 for students and youth.
A limited number of V.I.P. packages are also available.
The $50 ticket includes a premium seat and a reception with Rivera following the performance.