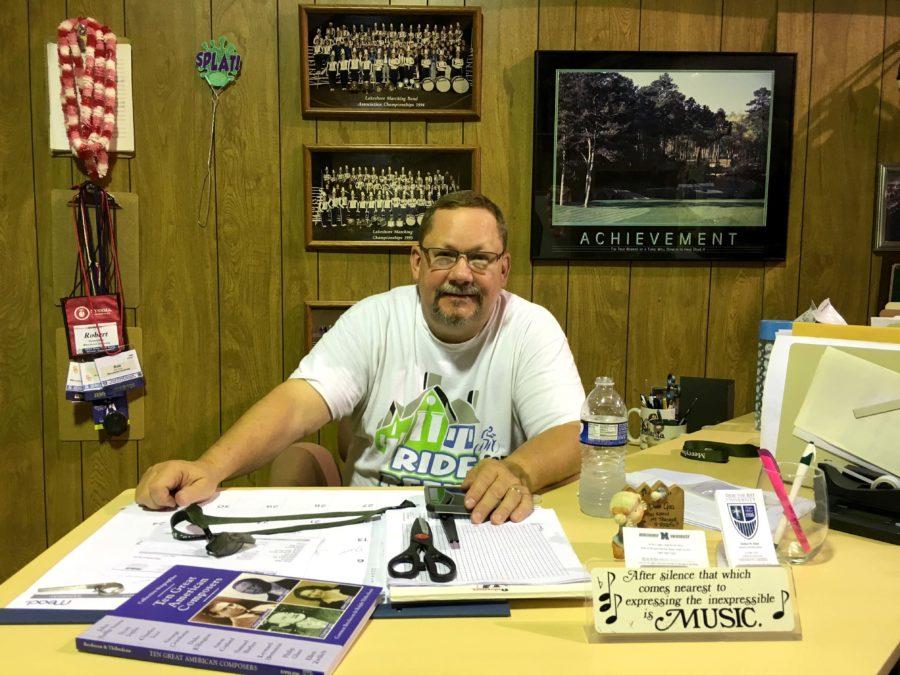 Robert Reid has been the band director of Mercyhurst since 2014. Since then, Reid made a commitment that by 2016, Mercyhurst would have a marching band.

This Saturday the newly named Marching Band debuted its marching performance for the first time in public.
In 2014 Robert Reid stepped in as the new director of the Mercyhurst marching band, at that time just a pep band.
From that moment, Reid and the rest of the band made a commitment that by September of 2016 they would be a field band, which means they march as they play. For the last three years they have been preparing for their debut.
“When I was hired in 2014 we basically had the vision we would be on the field by 2016,” Reid said.
Even though most of the obligations of being a field band are similar to the ones of being a pep band, there is one key difference: on top of memorizing the beats and finding the perfect sound, you have to move in perfect synchronicity.
“Basically it’s adding another dimension to the program,” Reid said regarding the new challenge.
Moreover, Reid said that even if there are some people that have not marched with a highly competitive band, they were going to do it perfectly.
Kevin Timko, Senior drum major, mentioned that 50 percent of the band has never marched before they started practice for Saturday’s game. The people who did not have previous experience marching had to learn all of the fundamentals of marching and incorporate them with their routine in a little over a month.
“This gave us a curve at the beginning of practice, but they went over that curve quickly and efficiently,” said Timko. “It was great to see them develop so quickly.”
Timko has been involved in the entire journey of becoming a marching band, as he has been in the band since freshman year.
“I have been through the whole process even before director Reid, so I have seen it grow and made the commitment come true,” he added.
Timko later stated that he feels proud to see all of the members of the marching band develop the way they did so quickly.
Furthermore, he describes their first performance as a heartfelt moment since he has seen the work and dedication it took to get here.
He has seen the commitment made in 2014 finally come true.