Students give a ‘thumbs up’ to second annual Hurst Day 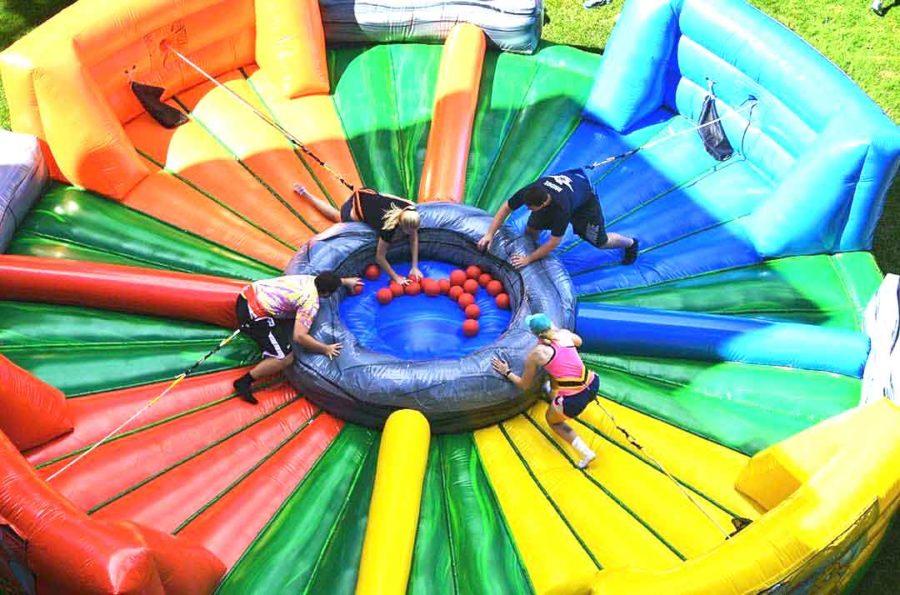 Students play a real-life game of “Hungry, Hungry Hippo” on one of many giant inflatables set up across campus.

“I knew a little bit about it, but only somewhat, because my ambassador mentioned it when I had my tour,” freshman Brent Pestotnick said.

Even then, it was difficult for the incoming freshmen to fathom that there was a day at the university completely dedicated to simply having fun.

“I actually slept through it,” Tucker Reddington said.

Hurst Day could not have come at a better time for Reddington because he said he was very sick and because it was Hurst Day, he did not have to miss any class work. Unfortunately, he did miss the festivities. Thankfully, he did not spread his germs.

“I loved it. I think it’s an amazing idea,” Pestotnick said.

Upperclassmen had the pleasure of experiencing the very first Hurst Day last year. No one knew what to expect for the day, but this year they hoped it would be just as impressive.

“I enjoyed this year better because it seemed that there were more activities and blow-up things,” junior Natalie Anderson said.

“I especially loved the one blow-up activity with the spinning middle part that was like Wipe-Out a lot,” Anderson said.

Candy Land served over 90 pounds of candy this year.

The scavenger hunt had over 100 teams this year, which is almost double the number of teams as last year.

“The scavenger hunt was less historical this year. Some of the questions were just a picture and your team had to go there,” senior Cailey Dewaine said.

Last year’s Hurst Day was on Oct. 7, so students were surprised to have it in September.

“I think having it when it was ok, but it was a little early,” said Anderson. “I would have preferred it maybe if it were a little colder outside, like maybe a few weeks later.”

Classes have just begun, so many did not need the surprise break from classes so early. However, students are rarely disappointed when classes are canceled, especially when they are replaced with Hurst Day.