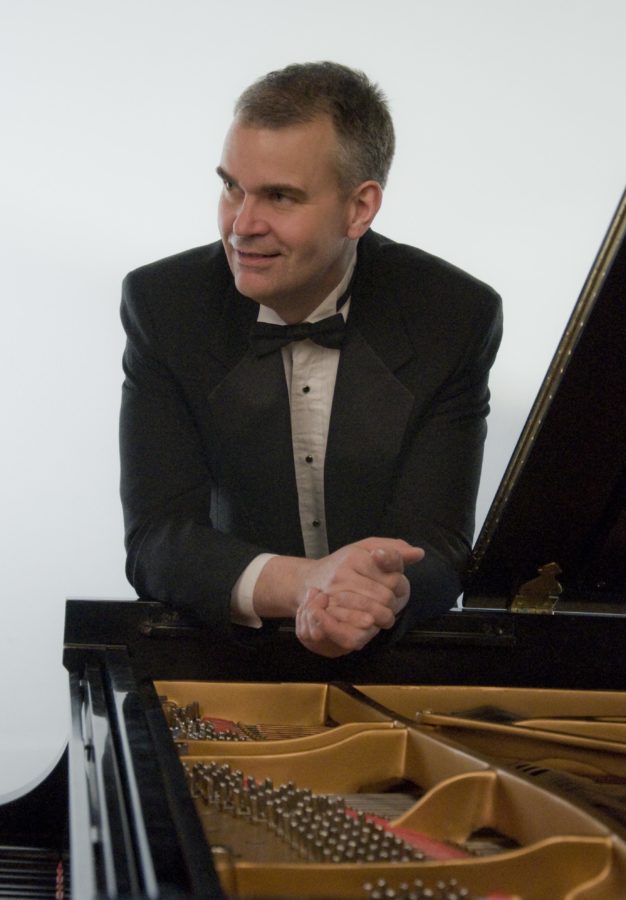 Robert Satterlee will be the first performer for the season.

The Roche Guest Artist Series has been a long-standing tradition here at Mercyhurst University.
On Oct. 7 at 8 p.m., Robert Satterlee, the first guest artist of the season, will perform in Walker Recital Hall. The recital is free and open to the public.
For the past 28 years, Albert Glinsky, Ph.D., has sought to bring guest artists to the school.
With his retirement, Nathan Hess, D.M.A., has stepped up to keep the tradition going. The series was renamed the Roche Guest Artist Series three years ago to honor the family for their generous donations.
Satterlee is a pianist and professor at Bowling Green State University. He previously taught in Illinois, Missouri, California and Connecticut.
He has performed in many shows across the country and the world, including in Chicago, San Francisco, Minnesota, Serbia and Romania.
In 2006, he toured the U.S. with some original pieces, and he even has a CD of his works.
Satterlee has a large interest in chamber music, which has led to collaboration with members of the Philadelphia, Detroit, London and Chicago Symphony Orchestras.
This will be Satterlee’s first time performing in the series.
He will be performing an array of different pieces, including Ravel’s “La Valse,” Schumann’s “Symphonic Etudes, Op. 18” and Mozart’s “Sonata No. 18” in D Major.
Earlier in the day, at 3 p.m., Satterlee will host a masterclass for Mercyhurst music students in the Walker Recital Hall.
The masterclass is free and open to the public. Students can bring pieces to play for Satterlee and get critiques and coaching from him on their performances.
There will be four students participating in the masterclass: Grace Nowak, senior Music Therapy major; Christian Goulione, sophomore Composition major; Nicholas Nasibyan, junior Composition major; and Katey Mihailov, sophomore Music Therapy major.
Satterlee and Hess have known each other for quite a few years.
They both worked at the Pennsylvania Governor’s School for the Arts, Satterlee from 2000 to 2003 and Hess from 1996 to 2008.
Mercyhurst hosted the Governor’s School from 1990 until it was defunded in 2008.
Stay tuned for the next two performances in the series: three vocal alumni in November and a saxophone quartet in December.