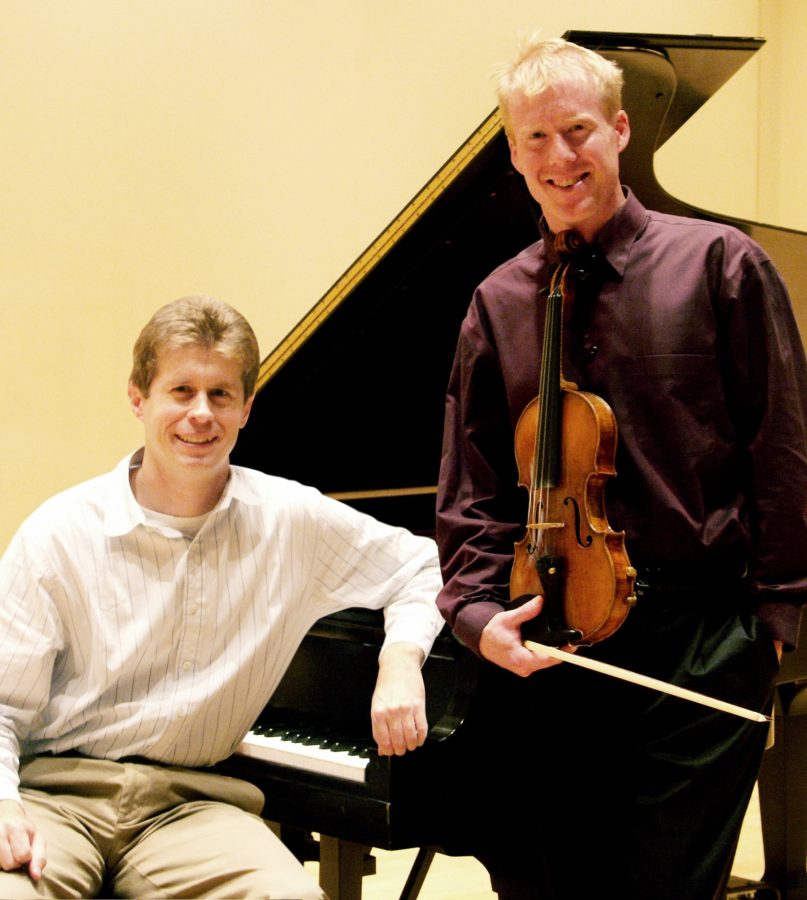 On Oct. 10 at 7:30 p.m., come down to see our very own Nathan Hess, D.M.A., with Ken Johnston of the Erie Philharmonic.
This performance is the precursor to the Philharmonic’s 2016-2017 Symphonic Series, and will be free and open to the public.
It will be a special performance featuring the concertmaster and principal violinist, Johnston.
This concert is a prelude for the rest of the Symphonic Series. The opening night for the series is on Oct. 15 at 8 p.m. at The Warner Theatre.
The Symphonic series itself does cost to attend; for students it is $10 per show or $45 for all five shows with a valid student I.D.
The special performance on Oct. 10 will include pieces such as “Violin Sonata No. 3” by Brahms, “Suite in Old Style” by Schnittke and an unaccompanied solo violin piece composed by Bach and performed by Johnston.
Johnston graduated with a bachelor’s and master’s in violin performance from Cleveland Institute of Music.
He has taught violin and viola at Mercyhurst, violin at Ohio State University and Cleveland State University. On top of being concertmaster for the Erie Philharmonic, he is also first chair of the Blue Water Chamber Orchestra of Cleveland and Acting Concertmaster for the Ohio Valley Symphony.
He has performed with Mark Kowser, the Cleveland Orchestra principal cellist and Noah Bendix-Balgley, the concertmaster of the Berlin Philharmonic.
Hess will also be playing the celeste for the Stravinsky piece on Oct. 15.
This is Hess’s fifth year teaching piano at Mercyhurst and he is the chair of the music department. He earned his Bachelor of Music degree, summa cum laude, from James Madison University, and earned both his Doctor of Musical Arts and Master of Music degrees from the University of Cincinnati College-Conservatory of Music.
He has performed in the United States and Europe in solo, chamber and concerto settings.
Hess and Johnston have known each other and collaborated many times in the past 10 years.
This event will take place in the Hirt Auditorium at the Erie County Library on East Front Street.
Do not forget to pick up tickets for the rest of the Symphonic Series either online, by phone or on the Erie Philharmonic website.
Do not miss out on this special event and the chance to support a member of the Mercyhurst community.