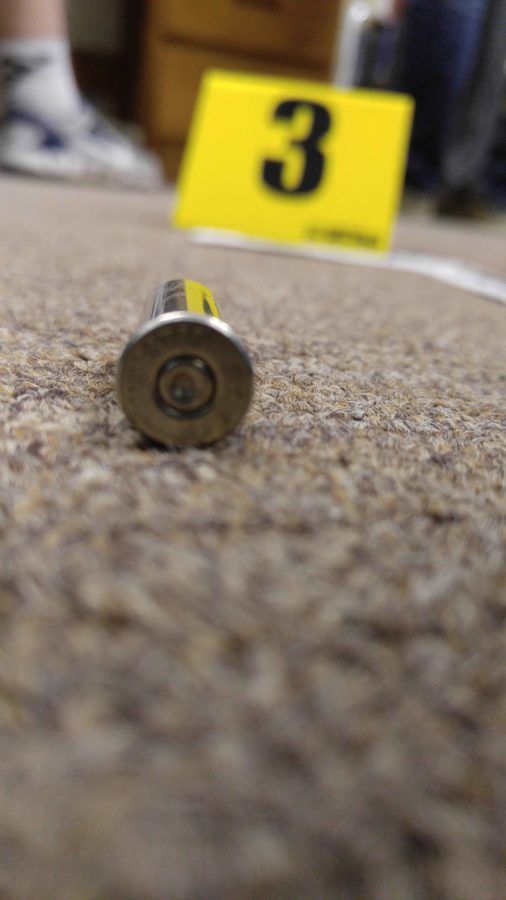 A joint effort between Forensic Science and Criminal Justice, Mercyhurst is leading the way with a new major.
“We are not aware of any other programs that have this type of major,” Dennis Donovan, program director, said.
The goal is to cater to the group of students who are interested in applied forensic science and law enforcement so that they can have a career that encompasses both skills.
“Our department, Forensic Science, is pretty heavy- duty natural sciences. Almost like a pre-med program. It’s really for students who want to work in labs. This allows them to go into investigations, but not have to work in the lab setting,” Dennis Dirkmaat, Ph.D., Director of Department of Applied Forensic Sciences said.
This new major will prepare students for careers in law enforcement and forensic science such as crime scene technician and death investigators.
“I teach in both departments and I saw there was a need for students in each major. It gives them flexibility when planning for a career,” Donovan said.
The major is currently available for all students. Students can change their major all together or add it as a double major.
“We are not constructing new classes for the major. It’s a unique melding of the two fields. Most of the classes are criminalistics classes,” Dirkmaat said.
Now students have another option for those who enjoy forensic science but want less of a technical application of it.
“We think there is a category of students that would be interested. Then, of course, there is always recruiting,” Dirkmaat said.
Mercyhurst is already well-known for its Applied Forensics program.
“One of the high school seniors in last week said we were the only school she found that had the Forensic Science program she was looking for,” Donovan said.
Adding to the department and further encouraging the connection between the Forensic department and Criminal Justice as well as other departments on campus is very positive for the college.
“We’ve been kicking around the idea for about five years now. The official process has been about a year. I’ve been talking to students in both of the sets of classes I teach saying it was a possibility. Now it’s a reality,” Donovan said.
Currently, they are working on spreading the word and updating information on Mercyhurst’s newest major.
“Once we get the exposure. We’ll see it take off,” Donovan said.