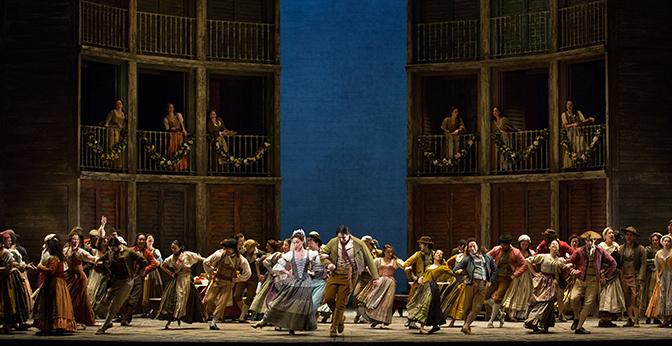 The Metropolitan Opera Live will stream a live performance of “Don Giovanni” at the Performing Arts Center.

The Metropolitan Opera Live will be showing a performance of “Don Giovanni” at the Performing Arts Center on Saturday Oct. 22 at 12:55 p.m.
The Metropolitan Opera Live is a unique way to view a performance in real time without traveling very far or paying high rates for tickets.
The opera performance is live at a different theatre, usually in NY, and it is transmitted to theaters and performance spaces throughout the world, such as Mercyhurst University.
“Don Giovanni” takes place in a Spanish country during the mid-18th century.
Don Giovanni is a seductive man who can charm any woman into bed with him.
When he tries to lure the wrong woman, though, Giovanni quickly finds himself in a duel.
After killing the other man, Giovanni runs away for his own safety.
He soon runs into a group of peasants celebrating a wedding and tries to seduce the bride, who is warned by others about Giovanni’s reputation.
As the opera continues, Giovanni is haunted by his past and ends up paying for his unwise decisions he made.
The performance runs for about three and a half hours.
The Opera is conducted by Fabio Luisi, and stars Simon Keenlyside as Don Giovanni.
Other performers include Hibla Gerzmava as Donna Anna, Malin Byström as Donna Elvira, Serena Malfi as Zerlina, Paul Appleby as Don Ottavia, Adam Plachetka as Leporello, Matthew Rose as Masetto and Kwangchul Youn as the Commendatore.
If watching an opera with action-filled duels, romantic moments and an underlying sense of remorse is up your alley, then come to the PAC on Saturday.
Tickets are $18 for adults, $15 for seniors and students and $10 for youth. Tickets are free for any Mercyhurst student who presents their ID at the box office.