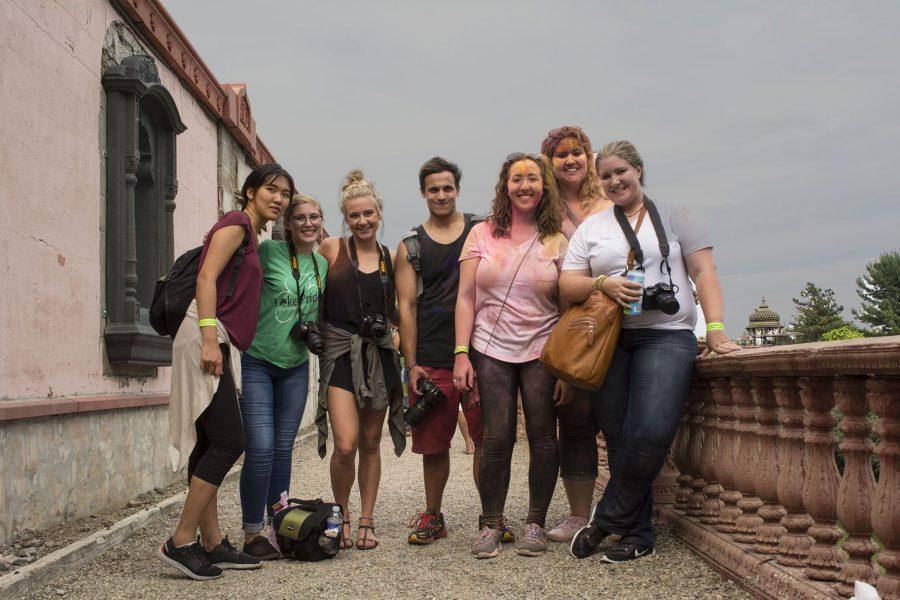 Down the hallway, connecting the Performing Arts Center to Zurn, your eye will probably wander to an assortment of photographs.
The photographs were taken by Gary Cardot’s Art 305 Digital Photography class at New Vrindaban, Moundsville, West Virginia.
Cardot took them to The International Society for Krishna Consciousness (ISKCON) also known as the Hare Krishnas.
The pictures are in the display cases along with an explanation of the ISKCON movement and the photographers include: Ashley Podrasky, Kelsey Mader, Jeff Annunziata, Carley Moynihan and Yeshey Tsogyal.
The photos are from the festival of color, named “Holi,” and it was part of a documentary study for the class.
They photographed the temple, the “Palace of Gold,” the grounds, festival, concert and the people chanting the holy names of God.
According to the information you can find in the display cases, ISKCON began in 1966 when several people went to the East Village and taught hippies the religion of Krishna consciousness.
Swami Prabhupada promoted principles of asceticism in the avoidance of alcohol, gambling, meat eating and sex outside of marriage.
The Hare Krishnas began evangelizing in the ’60s with dancing in the streets, chanting and singing “to cleanse the world of all evil.”
Their temples are located in over 50 countries and the religion is a branch of Gaudiya–Vaishnava (monotheistic) Hinduism which has been in existence in India since the 15th century.
They believe in several doctrines such as the soul never dying and reincarnation.
It is estimated that nine million people worship in ISKCON temples each year.