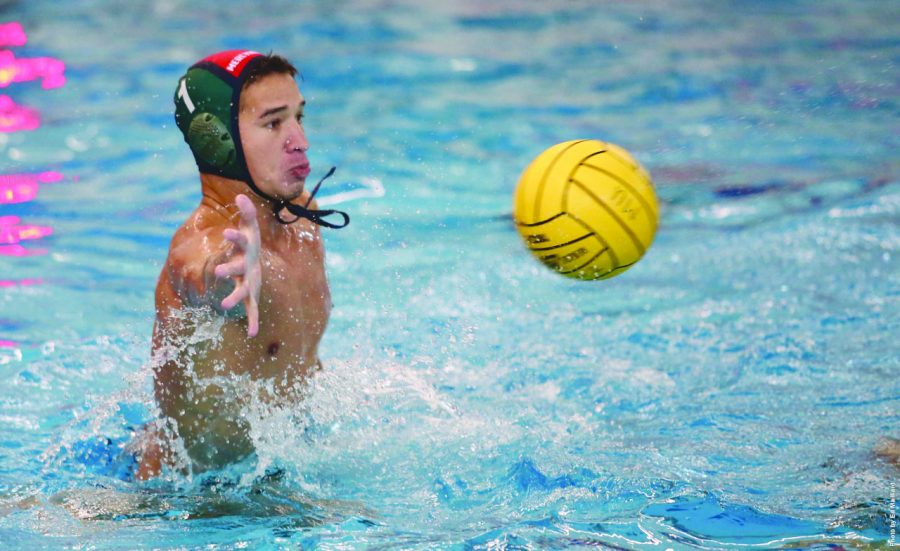 Mercyhurst men’s water polo obtained the tournament due to a goal-differential tie breaker , which gave Mercyhurst the victory.

Mercyhurst men’s water polo won the collegiate Water Polo Association’s Division II Championships as a result of a technicality. This marks the eigth time that Mercyhurst has won the CWPA championships since the beginning of its existence.

The Lakers first squared up against the Tigers. Mercyhurst came away with the win, defeating the Tigers 10-5.

The Gannon University Golden Knights were the next opponents for the Lakers.

The teams were tied, 11-11, going into overtime which ended in the Golden Knights scoring two goals to best the Lakers, 13-11.

Prior to playing the Lakers, Gannon fell to the Tigers, 15-12. As a result, all three teams had a record of 1-1 for the tournament.

From this, it was determined that the winner would be declared based on goals totals of each team.

Mercyhurst ended up walking away the victor as a result, having allowed 18 goals versus the Tigers’ 22 and the Golden Knights’ 26.

Laker center Connor Schmitz was named the Tournament MVP, joined by teammates Andrew Too-A-Foo (goalie) and Jack Howe. Alongside the Tigers’ coach Rob Bullion, who won the outstanding coach award, seven total players were recognized at the end of the tournament.

The next time the Lakers compete, they will be at the Cathedral Prep Event Center for the Western Division Championships.

The Tournament will be held Saturday and Sunday.

It will be the second to last competition for the team this season.