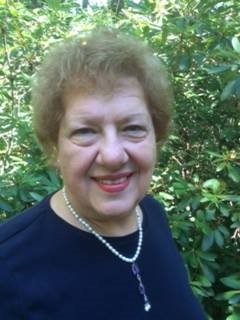 Dedicating her life to motivating and mentoring young women, ’65 Mercyhurst alum Maureen Gray has recently been awarded the Lois B. Green Leadership Award. This award is presented through the Women’s Initiative within the United Way of Central Massachusetts.

The Women’s Initiative is currently supporting programs that deal with bullying and violence against girls. The United Way of Central Massachusetts website describes the Women’s Initiative as follows: They “build, strengthen and support the development of healthy, confident and safe adolescent girls” by empowering them “through mentoring and educational opportunities.”

The Women’s Initiative also promotes financial literacy by offering programs to teen girls. One of these programs is the “Dollar Scholar” conference that Gray helped found. They do five each year for eighth graders.

“Being in a position to train new mentors for the financial literacy program so that the ‘work’ will continue in perpetuity is most satisfying,” Gray said.

While at Mercyhurst, Gray earned a bachelor’s degree in French and minored in English. After receiving her master’s, she taught at Bancroft School. For the last 26 years, she has been involved in the investment business as Senior Wealth Strategist for the Gray Group at UBS Financial Services.

When Gray was a senior at Mercyhurst, she received the Carpe Diem award.

“I was so honored and did not feel I deserved it because we had such a high powered class,” said Gray. “That award meant so much to me and bolstered my confidence; it stays with you throughout your life.”

In 2015, she was awarded Bancroft’s Robert W. Stoddard Award for Outstanding Community Service. Gray enjoys being an active mentor and role model to young women.