One Woman’s march on Washington 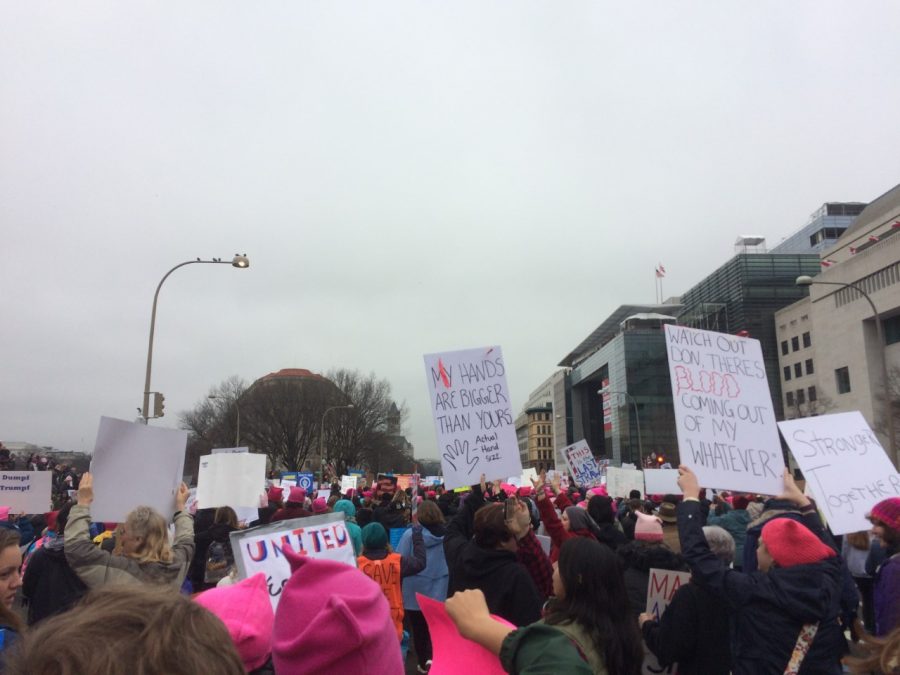 The march was not only for the women's rights. Climate change, immigrants and LGBTQIA were also represented

Across all seven continents millions of people attended a Women’s March on Washington. I was able to travel to our nation’s capital and attend the march there.

Many of the people that criticize the march do not fully understand what it was about. Yes, many people, including myself, protested President Donald Trump that day. Just writing “President Trump” makes me cringe a little. However, this was not the entire purpose of the Women’s March on Washington.

The Women’s March and all the sister marches were a way to remind our new government that we are a democracy and we are here to fight for our human rights, especially women’s rights. LGBTQIA, POC, immigrants, people with disabilities and everyone who has been affected by this election. Women’s reproductive rights, racial justice, and the very real climate change are some other topics that were discussed that day. We all marched together. Our voices were heard that day, and will continue to be heard because we will not back down from what is right. This is a movement and will continue to be no matter how long it takes for everyone to be truly equal.

I attended the march with my roommate that day. At first, I was nervous that we were going alone, but the great thing is, we weren’t alone. We were never alone. Everyone we passed at the Metro station were going to the same place, and they were there to fight for the same things we were. All of my hesitations went away when we stepped off the train into the city. The train was jam packed with people of different ages, genders, ethnicities, religions and sexual orientations. Everyone was chanting “Who run the world? Girls!” the entire way there. Being surrounded by all of these people while we chanted and marched as one was a once-in-a-lifetime experience for me. I have never felt more empowered as a woman in my life.

There were so many inspiring speakers that day, from actress Scarlett Johansson to feminist writer Gloria Steinem. These speakers allowed me to think about issues I have never even thought of before. I teared up at just about every speech that was given. Sophie Cruz, who is an immigrant rights activist, stood on stage with her family talking to us in English and Spanish. Hearing all these different people from different walks of life reminded me how amazing this country can be if we can all just “fill our hearts with love.”

That day I was surrounded by a sea of pink hats and creative signs that spoke the truth. I will always remember the feeling of marching through the streets of Washington chanting about the rights everyone deserves.

As much as I loved being a part of the march, it did have its rough patches. While the rally of speakers was only supposed to last from 10 a.m to 1:15 p.m, it continued for over an hour past this end time. People were getting antsy (guilty!), and really wanted to march. In my opinion, this was the only downside to the entire day. Nevertheless, as soon as we all started marching for the White House, no one could stop us.

It was a long day. I had only gotten two hours of sleep, but man, was it worth it.